Corn remains the top agricultural product in the US. However, almost half of the harvest ends up in waste, especially after the kernels have been harvested - but a new study might offer another purpose for these discarded parts.

The rest of the corn plant - its stalks, husks, leaves, and cobs after the kernels are stripped - often go to waste. Also known collectively as corn stover, these leftovers have limited commercial and industrial applications aside from being used as fuel during burning.

Now, a study from engineers at the University of California - Riverside details a new use for corn waste- using the leftovers as a source of activated carbon for use in water treatment processes. 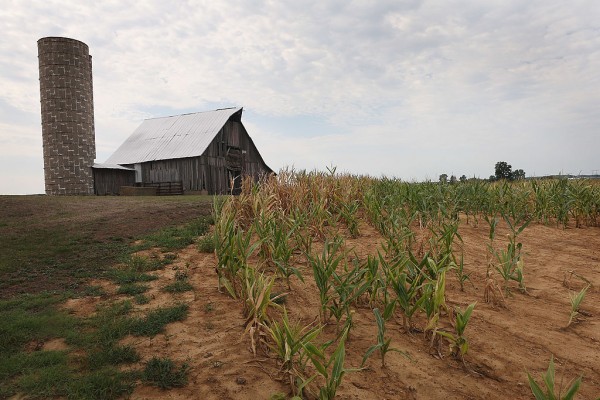 (Photo: Photo by Scott Olson/Getty Images)
POSEYVILLE, IN - AUGUST 04: Drought-stricken corn struggles to survive on a farm on August 4, 2012, near Poseyville, Indiana. More than half of the counties in the United States have been designated disaster areas, mostly due to drought conditions throughout the Midwest.

Activated Carbon, also known as activated charcoal, is a processed form of carbon - usually through burning - that creates a porous material over its surface and increases its capacity of absorbing. This makes it an ideal material for filtration purposes, such as in water treatment processes where it filters out otherwise harmful pollutants to create safe and potable drinking water.

In UC Riverside's Marlan and Rosemary Bourns College of Engineering, Chemical and Environmental Engineering assistant professor Kandis Leslie Abdul-Aziz runs a laboratory focused on looking for waste materials - like plastics and corn stover - that can be returned to the economy by reprocessing them into more useful products.

"I believe that as engineers we should take the lead in creating approaches that convert waste into high-value materials, fuels and chemicals, which will create new value streams and eliminate the environmental harm that comes from today's take-make-dispose model," says Abdul-Aziz in the UC Riverside news release.

Researchers then compared different methods, such as hydrothermal carbonization or slow pyrolysis, for extracting activated carbon from corn waste, discovering that processing the corn waste biomass using hot compressed water - in a process called hydrothermal carbonization - creates a batch of activated carbon that was able to absorb up to 98 percent of vanillin, a water pollutant.

During the hydrothermal carbonization process, researchers created a biocharred material with more micropores over a larger surface area as compared to those extracted from slow pyrolysis - a process involving slowly charring the corn waste with increasing temperature over an extended period of time. When researchers tried to filter water contaminated with vanillin, these same parameters of surface area and porosity allowed the activated carbon to absorb more of the contaminant - creating a more efficient water treatment material.

Additionally, researchers subjected the extracted samples to an X-ray photoelectron spectroscopy analysis, finding that the O/C ratio decreases after chemical activation for those extracted from the hydrothermal carbonization, but remains consistent for the slow pyrolysis sample.