Night Mode on Smartphone: Does It Help Improve Sleep? Here’s What Study Finds

Researchers recently found that setting night mode on a smartphone is not helping one to improve sleep. New results from a Brigham Young University's study showed that blue light by itself is not what is causing an individual "to lose shut-eye."

The study entitled "Does iPhone night shift mitigate negative effects of smartphone use on sleep outcomes in emerging adults?" was published on Science Direct.

A Fast Company report specified that the tech industry is under the impression that the blue light coming from phone screens is disrupting one's sleep cycles. The study authors also found that the 'Night Shift' feature does not have any impact on sleep.

Brigham Young University researchers, Yahoo! Style reported, asked 167 adult individuals aged 18 to 24 years old to stay in bed for at least eight hours after use of smartphone in the evening using the 'Night Shift' feature; their smartphone without the said feature; and those who would not use any phone at all. 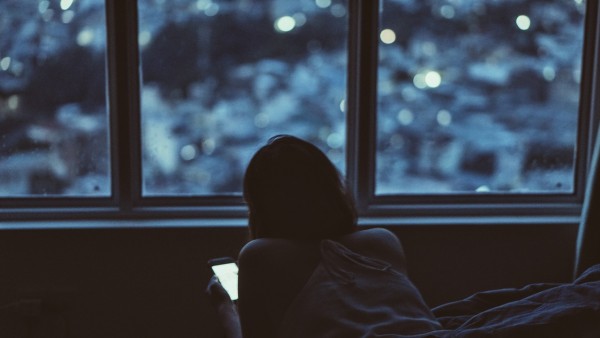 (Photo : StockSnap on Pixabay)
Researchers recently found setting night mode on smartphone is not helping one to improve sleep.

The 'Night Shift' feature is developed by Apple for its iPhone, iPad and iPod touch devices. This feature automatically adjusts the phone display's colors to the spectrum's warmer end, making the display easier on the eyes.

As described on the leading tech company's website, this feature uses the device's geolocation and clock to determine if it is sunset in the user's location.

It then automatically shifts the display's colors to warmer colors. Then, it brings back the display in the morning to its regular settings.

Despite the interesting feature, the researchers said there were no differences identified in all three groups. In a similar report from 23 ABC News, study's co-author, Chad Jensen, a psychology associate professor at Brigham Young University said, the Night Shift feature is not superior to using the phone without it, or even totally not using a phone.

Impact of Blue Light on Sleep

Through the use of wrist accelerometers, the BYU researchers measured sleep quality, sleep duration and awakenings, as well as the time to fall asleep. Their result suggested that the blue light by itself is not affecting sleep.

This is in contrast to some small studies that have shown that evening screen use affects sleep quality, melatonin levels, cognitive performance and alertness.

However, these were all quite small studies that occurred in lab conditions, for instance, asking participants to read an e-book in a dim room for four hours, and none verified that blue light itself was to blame.

Meanwhile, this new research followed participants in their usual home lives, observing how they are actually interacting with their phones. Additional studies are needed.

Although one helpful tidbit has appeared. Among those who were well-rested in general, or those who had about 6.8 hours of sleep every night or even longer, were the ones who did not use their phones at all prior to bedtime. They enjoyed better quality of sleep compared to those who did.

However, there was no difference among those who were sleep-deprived with shorter than six hours of sleep each night.

This proposes that when one is very tired, he falls asleep no matter what he did just before going to bed, explained Jensen.

The sleep pressure is extremely high that there is no impact on what occurs before bedtime. This means that, when one is tired, the expert advice to do whatever is desired before bedtime.

As whole, this proposes is what's keeping some people awake may not be blue light, although merely the cognitive and psychological stimulation of using a phone also known as the alertness coming from the involvement of text-messaging, scrolling and posting on social media.

A related report is shown on ABC News's YouTube video below:

Check out more news and information on Technology and Mental Health on Science Times.