Satellite imagery reveals that the world's glaciers are melting at an accelerating pace. It showed that they are shedding 31 percent more snow and ice each year than they did 15 years earlier.

In the three-dimensional data culled over the last two decades from NASA's Terra satellite, scientists led by Romain Hugonnet from the University of Toulouse, approximated that the 220,000 mountain glaciers around the world lose about 320 billion tons of snow and ice each year since 2015, the study entitled "Accelerated global glacier mass loss in the early twenty-first century" and published in the Nature journal revealed.

Powerful computing was used to interpret the data showing such changes in glacial elevation from 2000 to 2019 according to a report from Phys.org.

The amount of melting snow and ice from 2015 to 2019 is 78 billion more tons in a year than what was experienced in 2000-2004. Global thinning rates of glaciers doubled in the last two decades, the study further said.

The US, Canada Contribute Half of Entire Worldwide Glacial Loss

The study identifies the US and Canada taking half of the entire worldwide glacial loss. Human-instigated climate change has been blamed for this trend. Melt rates in Alaska, researchers note, are among the world's highest with the Columbia glacier shedding 115 feet annually. 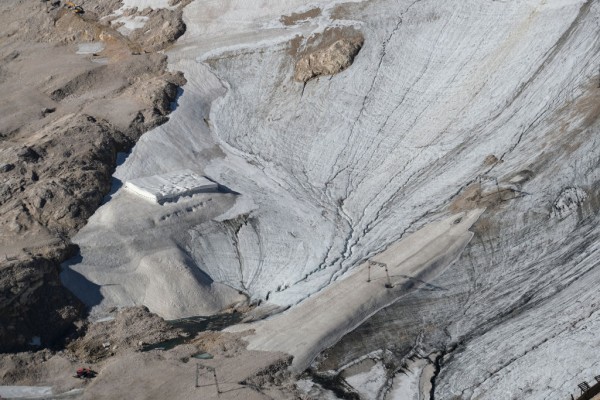 Tibetian glaciers, considered to be the most stable in the world, have also been melting, the study discovered. And such glacial melting has even gone faster globally, save for Scandinavia and Iceland having increased precipitation of snow.

Melting Due to Global Increase in Temperature

Such melting shows what the study describes as the "global increase in temperature" that is caused by the burning of oil, gas, and coal, researchers said.

The study utilized 3D satellite imagery to analyze the Earth's glaciers that are not linked to Antarctic or Greenland ice sheets. Previous studies either focused only on a small share of the glaciers or approximated the loss using error-prone gravity readings from orbit.

ALSO READ: Climate Change and its Dire Consequences: Two New Studies Warn Us of Our Future

Dwindling glaciers have been a cause of concern for populations who depend on seasonal glacial melt, as rapid melting can lead to fatal glacial lake flows into such places like India, researchers added.

However, the biggest threat to these melting glaciers is the rise of sea levels. Ocean levels around the world have been rising due to the expansion of warm water and the melting of Greenland and Antarctic ice sheets. Glaciers contribute 21 percent of the rise in sea levels, which is more than the ice sheets, as reported by BBC.

A separate study from Leeds University presented its own measurements of glacial ice loss in January and showed strikingly similar computations.

Check out more news and information on the World's Glaciers and Climate Change on Science Times.