ScienceAlert reported, the new research showed older men, in particular, taking anti-inflammatories like aspirin for one, might be shielded from some of the short-term impacts of air pollution.

The said study, which was conducted among almost 1000 white males in the greater Boston area, discovered breathing even in lower levels of "pine particulate matters" and black carbon can lead to poorer cognitive function in a short period of time.

The researchers could not find any direct link between aspirin and its impact on brain function, although in those in the group who were taking NSAIDs or non-steroids anti-inflammatories scored substantially higher on tests that gauged concentration and memory, not to mention, the ability to follow instructions.

Referring to their research, the authors concluded that their work specifies that short-term exposure to air pollution may be linked to short-term alterations in cognitive function, and that, NSAIDs may alter this association.

The research team also thinks this might be something to do with the manner aspirin is curbing inflammation in the brain, which can turn out to be longer-lasting if air pollution is quite bad enough. 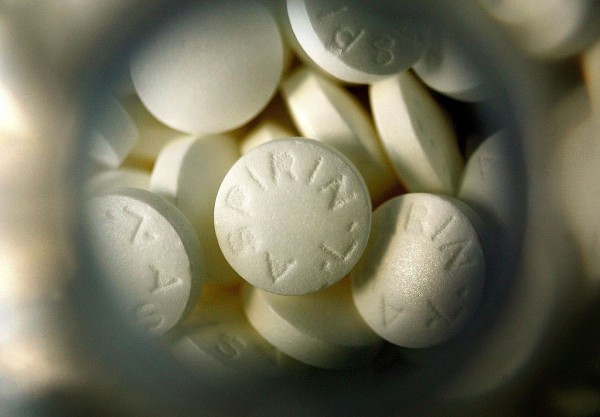 Just a 'Hypothesis' for Now

The research team said though, that was only a "hypothesis" for now. They still don't know what the short-term effects of air pollution are on human brains, and scientists will need to perform proper randomized clinical tests among bigger groups to find out if NSAIDs like aspirin, as described in MedicineNet, can indeed, moderate such impacts.

And, even if they actually work, the global use of aspirin, this report specified, is not a solution to the growing problem of air pollution.

In the long run, even low medicine doses come with increased anger of major hemorrhage. According to Andrea Baccareli, an environmental health scientist, their findings do not propose yet that older people need to be on anti-inflammatory drugs, since these are drugs with side effects that cannot be taken lightly.

Previous research showed that long-term air pollution could result in reduced brain volume, causing impairment akin to Alzheimer's disease, and the development of dementia, although this is one of the initial studies to investigate more immediate impacts of breathing in bad air.

Revealed in the findings were higher local air pollution levels in the month that led up to a cognitive test that led to worse word memory, verbal fluency, and number recall scores. More so, this was true when fine particular matter dropped below health guidelines.

Whereas aspirin presents no evidence of being able to help the impacts of chronic diseases such as Alzheimer's or dementia, this new study proposes it might have an effect on the manner the brain is functioning over a short period of time.

In the trials that followed exposure to lower air pollution levels, participants who were not taking any anti-inflammatory drugs in the study were 128 percent more likely to receive a low score on a commonly used screening test for dementia.

Those taking NSAIDS, on the other hand, were just 44 percent more likely to receive a low score during this same time period.

The study, Short-term air pollution, cognitive performance, and nonsteroidal anti-inflammatory drug use in the Veterans Affairs Normative Aging Study, was published in the journal, Nature Aging.

Related information is shown on News Direct's YouTube video below:

RELATED ARTICLE: Is the Air You Breathe In Your Office Clean Enough?

Check out more news and information on the Aspirin on Science Times.