Reports recently showed approximately 15 to 20 of the giant California condors which have taken a fondness to a woman's house in the city of Tehachapi and they made quite a mess.

A report from The San Diego Union-Tribune described the gigantic endangered birds as rare and unusual, but not in the home of Cinda Mickol.

As specified in this report, Seana Quintero, the daughter of Mickol started to post pictures of what's described as the "rowdy guests" on her Twitter account.

She said, through the San Francisco Chronicle that the birds showed up at the home of her mother sometime last weekend. 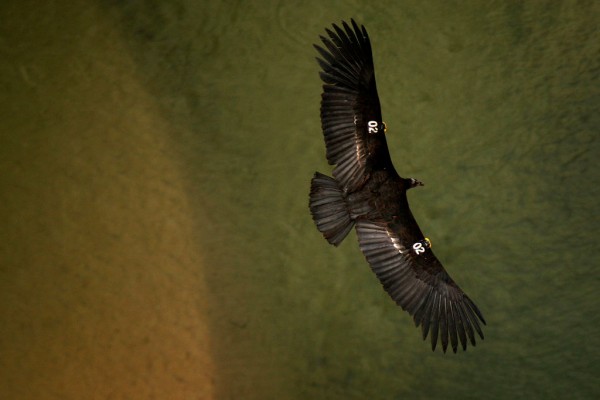 The birds, the said report specified, have trashed Mickol's deck, ruining a spa cover, artistically designed flags, and lawn decorations. Plants have also been knocked over and there were scratches on railings and poop all over the place.

Describing how her mother felt, Quintero said she's certainly frustrated, not to mention, in awe of this mess, knowing what an extraordinary experience this has been.

The United States Fish and Wildlife Service, which operates a program to save the bird species from extinction, replied on Twitter.

Specifically, the agency noted that Mickol's house is in historic condor territory and recommended that Mickols try harmless clearing like shouting, clapping or spraying water, among others to shoo off the birds.

Not an Unusual Sight

In an email, Pam Bierce, Fish, and Wildlife spokeswoman said, what occurred is not an unusual sight, seeing large congregations of condors in specific high-use areas like the region where this incident happened. Unfortunately, at times, they notice decks and houses as "suitable perch locations."

Essentially, California condors nearly vanished in the 1980s decade, before the few remaining ones were captured and housed in zoos for captive breeding.

To date, a few hundreds of this species are in the wild. More so, as condors re-colonize portions of their historical range, humans could increasingly find themselves with these so-called curious, social, and intelligent birds, explained Bierce.

Mickols followed the agency's advice saying from the get-go she was attempting to scare the giant California condors off and did quite a pretty good job.  Much better, she added, that she could have since she is scared of large birds as the only birds she typically encounters are pigeons, seagulls, and the occasional peregrine falcon.

The woman said that she was gone last weekend but when she returned home on Monday, she found the birds on her porch, and damage had already been done.

Meanwhile, the daughter said that her mother usually sees a few of the species circling around the area. When she was just down there a couple of weeks back, she saw three condors, but they've never seen anything like this in numbers, not to mention, how close they are to her mother's house.

On Wednesday morning, Quintero said, the birds left her mother's porch. However, in the afternoon of the same day, she said, they returned, circling overhead. That time, the daughter tweeted, the birds haven't messed the house.

As mentioned earlier, condors almost went extinct. In the late 1980s, according to National Geographic, the last wild condor was captured and there were believed to be 27 of the said species worldwide. Breeding programs have helped species make their comeback although numbers have stayed low.

A similar report is shown on KEGE News's YouTube video below: