Human Survival Under Threat as More Than 37,400 Animals Species and Microorganisms at Risk of Extinction

The International Union for Conservation of Nature o IUCN recently said that more than 37,400 animal species are at risk of disappearing or becoming extinct. This also puts human survival under threat.

An INVERSE report specified that the conversation posters featuring "cute, fuzzy pandas and majestic elephants" are not featuring other features that are no less essential and perhaps, no less under threat: Microorganisms. These viruses, microbes, fungi, and protists it added, help fuel our planet.

While most are familiar with the ones that result in diseases, even worldwide pandemics, the vast majority are said to be key players in the nutrient cycling that are keeping savannas, farms, forests, and oceans going.

The said report also indicated that trillions live in, and on plants and bodies of animals, including that of humans' controlling growth of all living creatures, and fitness, and shielding them from pathogens. In other words, humans, along with animals and plants, cannot survive minus their bacterial partners. 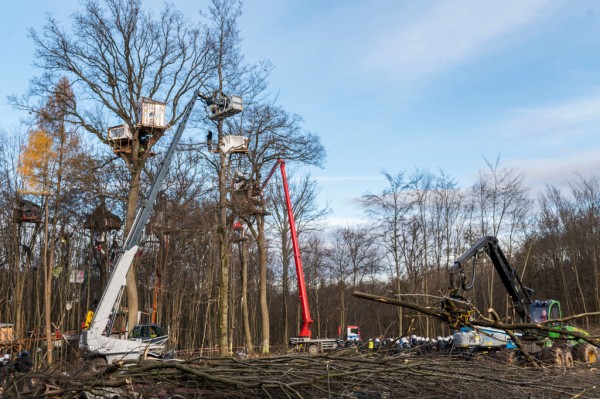 (Photo: Thomas Lohnes/Getty Images)
Bacterial quantities and diversity, along with lifesaving roles bacteria are performing, appear to be under threat by a familiar set of problems including misuse of agricultural land stripping soil from its nutrients, habitat loss through development, pollution, climate change, overfishing, deforestation, and hunting, among others.

A recent study suggests on the contrary, according to the World Wide Fund that the same factors threatening those captivating polar bears, whales, and tigers are putting in danger, microorganisms, as well.

The essentiality of this cannot be overstated that, all life relies on microorganisms, therefore, if they are in danger, the entire life is at risk.

Even when in danger, the total number of bacteria in each corner and crevice of the world is astonishing. For instance, the oceans have 1000 million times more microbes compared to the number of stars in the known universe.

Furthermore, one teaspoon of soil is carrying as many bacteria as the number of individuals in the whole continent of Africa.

Humans' own bodies are home to a lot of microbes that every human has more microbial cells compared to humans.

Nevertheless, it is just the raw number of bacteria that matters, a healthy assortment of bacterial species is key to healthy Earth.

In each ecosystem, diverse bacterial communities are working together, with different species performing different roles.

These said communities are recycling nutrients together. Such nutrients include nitrogen and phosphorus. More so, together, the communities are breaking down pollutants such as oil and pesticides, and oil from spills, enhance water quality by "degrading organic material from waste," and augment agricultural productivity by boosting the uptake of nutrients of plants, not to mention, controlling pests.

They are keeping human life safe, as well. There are currently approximately 1,400 known microorganisms that can be hazardous to humans, should they take hold in the bodies, and the initial line of defense from these pathogens is the bacteria that already living in the guts or on surfaces of the skin, buffering against hostile invasions.

Regrettably, bacterial quantities and diversity, as explained in PresserveArticles.com, along with lifesaving roles bacteria are performing, appear to be under threat by a familiar set of problems including misuse of agricultural land stripping soil from its nutrients, habitat loss through development, pollution, climate change, overfishing, deforestation, and hunting, among others.

It may be challenging to gauge the exact effect of human activities since many bacteria stay difficult to determine and study, a growing body of research has presented a clear trend.

The related report is shown on CBC This Morning's YouTube video below: