Bunny "The Talking Dog": Self-Aware Canine Asks About the Meaning of Life

Bunny the Dog is famous on social media because of her ability to talk by using buttons, as reported by Insider. But recently, the talking dog blurted out a surprising question about her existence. Salon reports that Bunny looked into the mirror and asked who herself is.

People were astonished as the Sheepadoodle breed asked about the meaning of life through her augmentative and alternative communication (AAC) device.

Through the development of her communication, Bunny seemed to be interested in her sense of self. Since then, the AAC helped her and other dogs exchange words with humans, but this time, she asked a different one from her usual conversation.

Pressing the AAC button consecutively, Bunny constructed a sentence: "Dog what dog is?" Amazed, Bunny's human parent Alexis Devine said that the question pushed her to add more buttons for the words "same", "different", and "animal."

Bunny has exhibited a couple of engaging activities at once. This includes her facing the mirror and asking the question afterward. Because of what she presented, Bunny will take additional phases to test more of her comprehension. 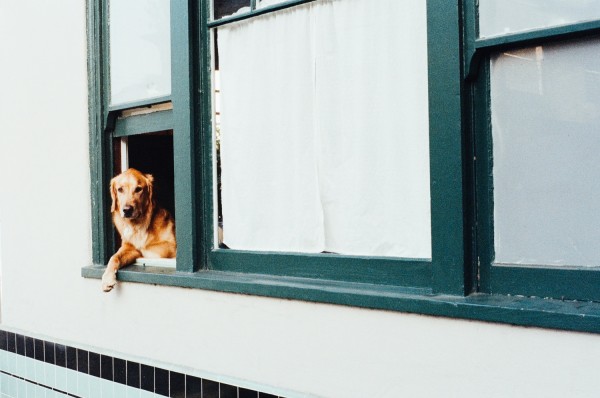 Developed by the University of Califonia-San Diego, They Can Talk research is hoping to determine the capacity of animal communication and how they process expression through talking. The analysis uses the AAC device for the animals to quickly put their reactions and emotions into words.

A combination of over 3,000 dogs and cats are enrolled in this project, including Bunny. Most of the results from the observation suggest that cats and dogs, in fragments, can talk.

The AAC device was initially created to assist people with communication disorders. However, with the effectiveness of the device, researchers have used the AAC as a medium for experiments.

Led by Comparative Cognition Lab director Federico Rossano, the research includes instructions to participants on how to configure the AAC buttons for their furry pets. The animals begin testing with uncomplicated words such as play. A couple of phases arranges the research to track and record the insights of the pets.

The primary interests of the research are when a first-word button is introduced, used appropriately, and used along with other buttons to create an expression.

According to Rossano, self-awareness is not the initial target of the study. But considering the development from various subjects, language and self-awareness have added curiosity to research. With that said, Rossano shared that the new concern of the study is whether dogs can recognize a sense of time, such as the past, present, and future.

ALSO READ: Dogs Are Jealous? Petting Other Dogs Might Result to Social Insecurity

Initial tests for self-awareness in animals have stunning results.

For example, even though dogs have difficulty identifying themselves in the popular mirror test, a recent study published on Scientific Reports entitled "Dogs (Canis familiaris) recognize their own body as a physical obstacle" suggests that dogs have the capability to identify self-awareness through considering their own bodies as an obstacle.

Péter Pongrácz, one of the lead researchers, told Salon that even though it is easy to identify their own bodies, dogs are considered self-aware. Dogs considering their large body and speed to adapt to a specific environment is a piece of strong evidence of complex self-representation.

Check out more news and information on Dogs on Science Times.