The survival rates from bowel cancer could soon spike up with the help of chemotherapy drugs infused with tiny nanoparticles. Better than oral treatment, the drugs will be more effective and can destroy bowel cancer if delivered directly to the diseased organ, Genetic Engineering & Biotechnology reports.

The research of using nanotechnology in chemotherapy was conducted with the efforts of the Manipal Academy of Higher Education, the University of South Australia, and the Indian Institute of Science.

The study suggests that nanoparticle is currently the most effective medium against bowel cancer-the third most common form of cancer.

What is Bowel Cancer? 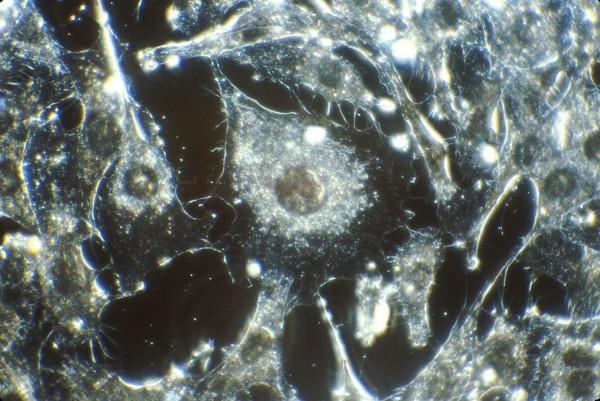 Bowel cancer or colorectal cancer is a type of cancer that starts either on the rectum or colon. Cancer will be called after, depending on where they start. These cancers are usually considered as one because of the common grounds they possess. It is also the second deadliest cancer to date.

Like many others, bowel cancer starts when blood cells erratically multiple out of control. Most bowel cancers begin when the inner lining of the colon or rectum expands. These expansions have different types but are generally called polyps.

The polyps can differ in construction. Some types of polyps can evolve into cancer, while most varieties don't. Some polyps take years before changing to cancer.

Aside from polyps, there are several indications to tell if you are developing bowel cancer. You might be diagnosed with it if you have: 1cm polyp is detected, more than three polyps are detected, or if dysplasia is detected in a polyp after removal.

Effectiveness of Nanoparticles vs. Bowel Cancer

According to Science Direct, the researchers experimented with nanoparticles that contain Capecitabine (CAP), a chemotherapy drug. The results showed remarkable effectiveness as the CAP bound with the diseased cells.

The nanoparticle happens to decrease toxic side effects by ignoring the healthy cells. On top of that, the nanoparticles can also reduce the size and even the count of tumors. Other benefits of using nanoparticles against bowel cancer include a lesser chance of getting dysplasia, inflammation, and aberrant crypt foci.

ALSO READ: COVID-19 Origin: Did Virus Escape from Lab or a Natural Emergence?

As the best technologies to fight cancer, nanotechnology and nanoscience have plenty of uses in life. In reality, we are already using it. By combining nanoscience with other branches such as chemistry, biology, physics, and engineering theories, experts have discovered various tools that we need in everyday life or more complex research.

Molecular beam epitaxy, for example, has become useful to innovate semiconductor devices. Smart devices are all products of semiconductors.

Another is the scanning tunneling microscope which is used for atom position imaging. The creators of the tool received a Nobel Prize due to the technology opening opportunities for nanoscale observations.

Nanotechnology also contributed to the observation of new types of carbon structures. This resulted in the discovery of fullerene, a pure carbon form next to graphite and diamond.

There is no known catastrophic disadvantage of nanoscience so far. In truth, it paved many of the upcoming research just waiting to be studied. Moreover, nanotechnology can also be beneficial to reveal untouched regions of science at a very small size, understanding more than meets the eye.