University of Tartu's Institute of Genomics recently published a study that revealed the genomic structures of the ancient population in the current Italian Peninsula by examining the migration of Bronze Age people. According to the study from Current Biology, prehistoric genomes were tested and found to have Steppe-related ancestry.

The study was entitled "Ancient genomes reveal structural shifts after the arrival of Steppe-related ancestry in the Italian Peninsula."

Four thousand years ago in Central Italy, there were already kinship system and burial customs in place. But the recent study revealed findings through prehistoric genome structure that changed the perspective towards how early people lived in the Chalcolithic/Bronze Age.

In all of Eurasia's transition history, the Italian Peninsula's genetic makeup was not investigated as much as the other regions. Until recently, the Institute of Genomics, along with several Italian and UK universities, evaluated the ancient genomes harvested from prehistoric human remains. 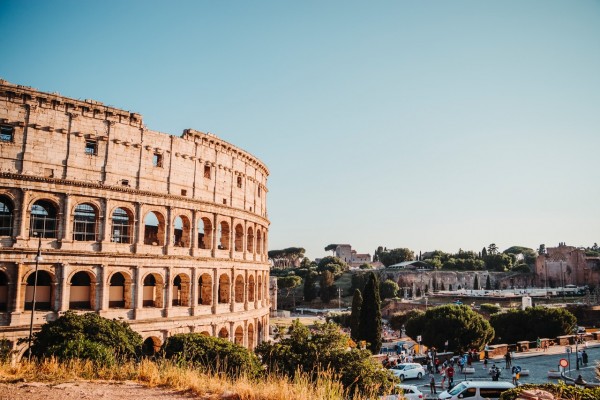 According to Phys.org, the lead author of the study Tina Saupe said they extracted and examined DNA from 50 ancient individuals from the Chalcolithic, Early Bronze, and Bronze Age. Researchers unearthed these individuals from four different archeological sites scattered across Northeastern and Central Italy.

Saupe shared that the studies heavily relied on "shotgun data" of the genetic components found from the arrival of the Steppe-related ancestry. The experiments show that the Italian Peninsula people trace their origin back to a steppe land between the Caspian Sea and the Black Sea, the Pontic-Caspian Steppe.

ALSO READ: Boomerangs as Retouchers: Aboriginal Australians Used It To Improve Their Tools

The Pontic-Caspian Steppe ancestry is also regarded as one o the western Steppe herders (WSH). The descent of the ancestry is related to Yamnaya culture, which is located in the regions of Southern Bug and Ural rivers. The culture existed from the Late Copper Age to the Early Bronze Age. The components from both the Pontic-Caspian Steppe and Yamnaya culture share almost identical phenotypes, which leads both to be often called the Steppe-related ancestry.

The lead author mentioned that the Steppe-related ancestry dates back to 4000 years in Northern Italy and more than 3000 years in Central Italy. The lineage, however, was not found in the Chalcolithic and Neolithic. The generated genomes from Early Bronze and Bronze Age individuals were the only samples that were positive with the component.

The burial places and practices were also connected to the change between the different sites examined. Still, one of the stunning results suggests there are no differences in the Italians during the migration. Instead, it simply shows that the movement, practices, and settlements of ancient Italians have changed over the course of the transition. The prehistoric finding shed light on wider research to specify people back in the Iron Age and the Roman Empire, DNA research group, and corresponding author Christiana L. Scheib said.

Along with the research of Central Italy, there are developing studies distributed across entire Europe. And like Italy, other regions were found with a history that is rich in Bronze Age evidence.

While some might vary in burial practices, artistic expressions, and architectural construction, the Cell study suggests that specific civilizations have a similar genome. For example, it includes Minoan, Cycladic, and Helladic, which are all part of a broader Aegean civilization.

The findings imply that there is a cultural continuity in prehistoric Europe. The inclusive use of metal, incentive trade, and urban development systems had existed from the Neolithic to Bronze Age.

RELATED ARTICLE: Horse Skeleton From the Ice Age Found in Utah Backyard Isn't What it Seems