The Chernobyl nuclear disaster in the late 1980s remains one of the worst nuclear explosions in the history of man. Due to rainwater, nuclear fission reaction has started again in Chernobyl, leaving scientists scrambling to neutralize the threatening radioactive leaks.

What is Nuclear Fission? 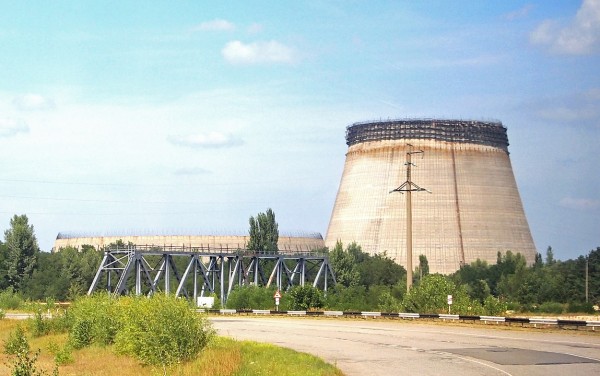 Nuclear fission is an unnatural reaction where a heavy nucleus splits into unequal products. It is bombarded by neutrons which cause the element to become unstable and release enormous amounts of energy. Once a nucleus becomes unstable, it begins its decomposition process that results in two varying nuclei and the emission of two or three neutrons from the atom.

In a fraction of a second, fissioned nuclei release an outburst of pure energy millions of times more significant than the energy is obtained through the reaction. In addition, the neutrons in nuclear fission can interact with fissionable nuclei, thereby starting a chain reaction of a nuclear fission reaction.

The Reignition of Nuclear Fission in Chernobyl Today

April 12, 1986, marks the day that Reactor No. 4 in the Chernobyl Nuclear Power Plant, Ukraine, caused the most disastrous nuclear accidents in human history. Today, after 35 years, nuclear "embers" buried deep within the Chernobyl site remain smoldering.

Recently, Ukrainian scientists have discovered that leftover Uranium- nuclear fission fuel used in the plant has once again begun to react in an "inaccessible room" far beneath the damaged area of the plant.

Signs that the radioactive material has once again begun its process of nuclear fission was the increased readings of neutron activity, a known byproduct of nuclear fission, according to researchers from Ukraine's Institute for Safety Problems of Nuclear Power Plants.

Since 2016, the Chernobyl Nuclear Power Plant has been surrounded by a megastructure named the Chernobyl New Safe Confinement. Here, hundreds of sensors work day-in and day-out to monitor vital air quality levels, radiation levels, and neutron activity. Recently, the sensors have registered increase neutron activity near the reactor hall where "embers" of Uranium are still trapped to this day.

The reactor hall is completely sealed in a structure known as the Shelter. When its core melted down years ago, uranium fuel rods, graphite control rods, zirconium cladding, and sand dumped within the core to extinguish fires melted together and formed lava. It later flooded the reactor halls and hardened into what is known as fuel-contamination materials, which contained roughly 170 tons of irradiated uranium, approximately 95% of the plant's original fuel.

Scientists ensure the public that there is no imminent threat of a second Chernobyl disaster. Seeing as there is not enough material or collateral in the vicinity for the level of damage it once caused. However, researchers fear that even the slightest nuclear activity could bring the Shelter down.

Scientists believe that a reason for the sudden awakening of the reactor's nuclear fission is rainwater leakage that has, in the past, caused similar heightened neutron readings. Despite specialized chemical sprinklers that will be able to stanch neutrons have been installed, the basement rooms of the Shelter are far from their reach.

Water helps slow down neutrons, catering to the increased reaction between neutrons and remaining nuclear fuel.

RELATED ARTICLE: Project ITER Paves the Way for the Future of Nuclear Energy