One of the most common symptoms of COVID-19 is the acute loss of the sense of smell. But even before the pandemic hit, the sense of smell has been linked to other illnesses like dementia and Parkinson's disease.

Now a study from a team of researchers from the University of Michigan suggests that a poor sense of smell might be a sign of a higher risk for hospitalization due to pneumonia in older adults, according to the university's press release posted in MSU Today. 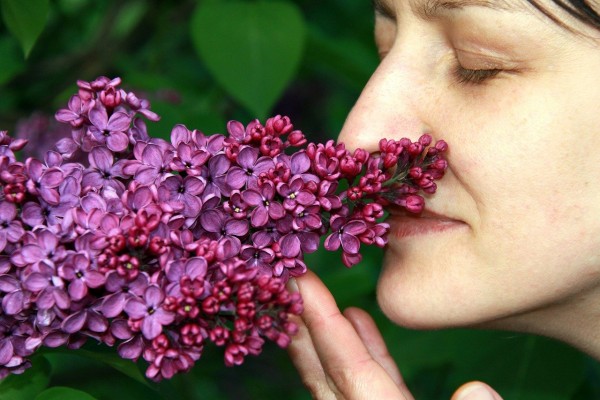 (Photo: Pixabay)
Poor Sense Of Smell Linked to 50% Chances of Having Pneumonia [STUDY]

Sense of Smell Linked to Pneumonia

For the first time ever, Medical Xpress reported that a team of researchers led by professor Holei Chen of MSU's College of Human Medicine found a possible link between the poor sense of smell and higher risk of pneumonia hospitalization.

The team analyzed 13 years of health records from almost 2,500 adults between ages 71-82 in the metropolitan areas of Pennsylvania, Pittsburgh, Memphis, and Tennessee.

Participants were tested using the Brief Smell Identification Test (B-SIT) by using common scents from lemons and gasoline to test the level of their sense of smell: good, moderate, and poor.

ALSO READ: Human Beings Can Incredibly Smell One Trillion Scents Except Smell Their Own Even When They Stink

After that, researchers monitored the participants for 13 years using clinical exams and call them occasionally to know whether they were hospitalized due to pneumonia.

They noted that participants with a poor sense of smell which never have pneumonia also have a 40% higher risk of acquiring the disease for the first time.

Yaqun Yuan, a postdoctoral fellow in Chen's research group, said that the study provides the first-ever epidemiological evidence that poor olfactory sense is linked to a long-term risk of adults acquiring pneumonia.

More so, the university's news release reported that the study also gives new evidence that this sensory deficit may have broader health implications aside from its relationship to Parkinson's disease, dementia, and COVID-19.

Chen said that the study is just an example of how little scientists know about this common sensory deficit. He added that whether a poor sense of smell means a risk factor or a marker for multiple health conditions in adults, there are yet to be discovered in the loss of the olfactory sense.

"We need to think out of the box," Chen emphasized.

Check out more news and information on Sense of Smell on Science Times.