Can Genes Predict Which Animals Will Survive and Adapt to Climate Change?

Climate change is like a ticking time-bomb that has scientists scrambling for a viable solution. Using advanced genome sequencing, researchers from the McGill University, Montreal have revealed that some fish can rapidly adapt to the extreme seasonal changes brought by global warming.

These findings could aid scientists in forecasting the evolutionary future of animal populations.

How Animals are Threatened by Climate Change? 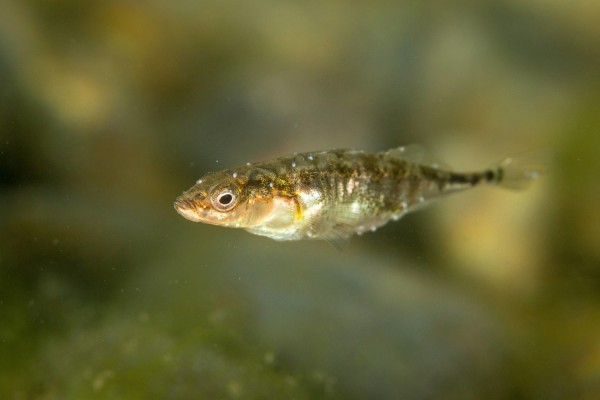 According to the World Wildlife Organization, the polar bear, snow leopard, giant panda, tiger, monarch butterfly, sea turtles, elephants, and gorillas are among the most vulnerable to extreme climate change conditions. Not only are their habitats under the siege of anthropogenic activity but it is also dwindling away due to severe climatic conditions. But their food sources are also under threat with thousands of flora and fauna species vanishing from existence annually.

Loss of wetlands due to the increased global temperatures has led to drier regions on various breeding areas across North America and more. Rising sea levels inundate marshes and beaches that cause erosion that diminish habitats for invertebrates, birds, fish, and other coastal wildlife.

ALSO READ: Succulents in South Africa's Home for the Most Biodiverse Desert Smuggled? Here's Why

Genome Sequencing Could Predict Which Animals Will Survive Climate Change

In a study published in the journal Molecular Ecology, entitled "Using seasonal genomic changes to understand historical adaptation to new environments: Parallel selection on stickleback in highly‐variable estuaries" researchers used genome sequencing and determined that some fish especially the threespine stickleback would be able to rapidly adapt to the season changes brought about by climate change.

Sticklebacks are well-known to evolutionary ecologists for their varying shapes, behaviors, and sizes. These types of fish can thrive in both freshwater and seawater under varying ranges of temperatures.

It's difficult to identify the genetic basis as to why sticklebacks are resilient. Lead author Alan Garcia-Elfring from the McGill University explains that modern versions of natural selection dictate that organism that has genes favoring reproduction and survival tend to have more offspring which causes genes to increase in frequency throughout the generations. This results in a population that becomes adapted and better-suited to environments over time.

In order to better understand natural selection, researchers tracked 6 populations of stickleback fish before and after changes in the season of their environments and used genome sequencing.

The fish found in various estuaries along the coast of California provided a rare chance for researchers to study natural selection.

Researchers say that genetic changes occurring in the populations were independent over a single season which shows how quickly the effects of Darwin's natural selection can be detected.

These findings are vital to researchers because they suggest that humans may be able to use genetic differences that have evolved in the past as a way to predict how animal populations will adapt to environmental stresses like climate change.

RELATED ARTICLE: Human Survival Under Threat as More Than 37,400 Animals Species and Microorganisms at Risk of Extinction