In 2020, Science Times reported that several Americans in the US are experiencing weird dreams during the pandemic lockdowns.

"We normally use REM sleep and dreams to handle intense emotions, particularly negative emotions," Patrick McNamara of Boston University School of Medicine told National Geographic. "Obviously, this pandemic is producing a lot of stress and anxiety."

This year, a new hypothesis of why people dream inspired by certain works of artificial intelligence (AI) explains why people sometimes have weird dreams. 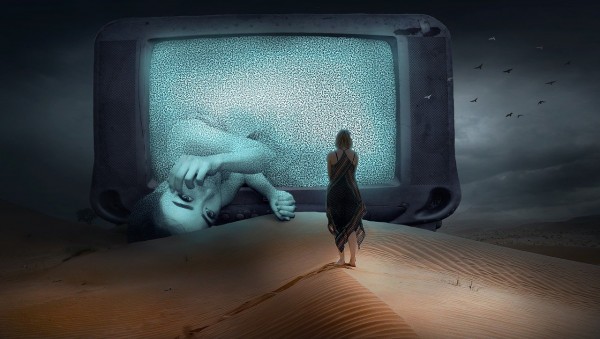 What Do Weird Dreams Mean?

Sleep scientists claimed that most dreams are just the continuation of the lived experiences of people during their waking hours, this theory is also known as the continuity hypothesis of dreams.

It was supported by a study, entitled "Our dreams, our selves: automatic analysis of dream reports," of the researchers in Roma Tre University in Italy.

But sometimes, people could have weird dreams that they cannot explain and are unrelated to activities they had when they were awake.

His study, "The overfitted brain: Dreams evolved to assist generalization" in the journal of Patterns, argues that surreal dreams help brains to fine-tune perception of the real world with unexpected and chaotic stimuli. In other words, it shows a person weird distortion of reality to help better understand the real waking world.

ALSO READ: Analysis of 24,000 Dreams Suggests That They Are a Continuation of Real-Life Events

IFL Science reported that Hoel's idea is partially inspired by AI and the training of deep neural networks, which are loosely modeled to how brains work.

Neural networks are trained by feeding a load of data, where it needs to recognize visual patterns that consistently match with the labels.

However, the AI could become too familiar with the data, which leads to overfitting, wherein it will attempt to jam any new data into the rigid pattern it has established. So, scientists would often inject some unexpected chaotic data into the mix to avoid overfitting and to prevent the AI to become too rigid in its understanding of the data.

Hoel speculates that the same thing is happening inside the brain when it creates weird dreams. While AI neural networks could be simply turned off, it is not doable with a brain. Perhaps, creating weird dreams is its way to help humans realize the real versus a dream.

"Life is boring sometimes," Hoel said in a news release in EurekAlert, “Dreams are there to keep you from becoming too fitted to the model of the world."

Of course, Hoel's speculation is just a hypothesis that has not been rigorously tested yet, and even harder to imagine how to test such an idea.

Check out for more news and information on Dreams and Artificial Intelligence on Science Times.