Scientists from MIT have found a way to implant ideas on the minds of people as they fall asleep to create bizarre and abstract dreams. The researchers used the targeted dream incubation to guide people's dreams towards particular themes by repeating information during the first stage of sleep. That stage is called hypnagogia, which is responsible for dreams about psychedelic phenomena.

The technology consists of a wrist-worn electronic device that tracks sleep, called Dormio, connected to an app that delivers audio prompts during hypnagogia.

The researchers influenced the dreams of most of its study participants to dream about a tree during the earliest stage of sleep during the trials. An MIT computer scientist also used the Dormio system to make himself dream about the chocolate fountain seen in the classic 1971 film 'Willy Wonka and the Chocolate Factory.' 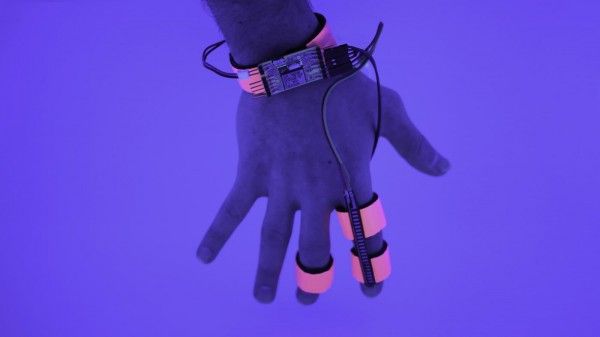 Dreams in the Hypnagogia Stage

Hypnagogia and REM sleep are similar in terms of brainwaves and experience. But people can still get audio while dreaming during hypnagogia, which influences the contents of their dreams.

According to Haar Horowitz of MIT Media Lab and one of the authors, the state of hypnagogia is trippy, flexible, and divergent, like turning the notch high up on mind wandering and make it immersive.

The sleep-tracking device designed and developed by MIT alters the dreams by tracking hypnagogia. The user can decide what dreams they want, from creative problems they have been working on to an experience or emotional issue they wish to reflect and address.

The users record themselves speaking in audio, prompting the use of the app, which replays it in multiple stages of consciousness, from waking, sleep onset, and sleep.

During the trial, the MIT researchers prompted the participants to think of a tree and remember to observe their thoughts. Then the sleep tracker monitors the heart rate and electrodermal activity of the user. These physiological changes help researchers detect when the user is already in hypnagogia and incorporate the information into dream content.

The web app would send signals to the user 'think of a tree' upon lying down. Once they reached hypnagogia, the timer is triggered, waking up participants at various times between one and five minutes allowing the participants to experience different depths of sleep.

The trial ended with the participants waking up as they hear the words 'you're falling asleep' and asked to report their experience. Then they are asked to remember to think of a tree and that they could go back to sleep. This loop is repeated for 45 minutes to collect multiple hypnagogic reports.

READ: Analysis of 24,000 Dreams Suggests That They Are a Continuation of Real-Life Events

When the procedure ended, dream reports were collected via audio and then transcribed into text. It revealed some far-fetched tree-related dream settings, but 67% of the participants reported seeing trees in their dreams.

For instance, one of the participants said that he remembers following the roots with someone, and then the roots transported him to different places, and at each location, he was trying to find a switch.

Researchers at MIT said that the dream reports increased in bizarreness and immersion at each awakening during the trial. during the first awakening, the dreams of the participants simply consisted of trees of different kinds like pines and oaks. At the same time, the longest to dream found himself sitting under a tree with a shaman who told him to go to South America.

Then an MIT scientist used the technology and prompted himself to dream about the chocolate factory in Willy Wonka and the Chocolate Factory. The chocolate in his dream was dark chocolate, which suits the lactose-intolerant scientist.

The study, published in the journal Consciousness and Cognition, suggests that a person's guided dream content would be useful in completing tasks, such as creative story writing. But MIT's technology could also be used in addressing trauma and stress.

READ MORE: Study Finds Over 600 People in the US are Experiencing 'Strange' Dreaming Phenomenon Amid Coronavirus Pandemic: Why is That?

Check out for more news and information on Dreams and Psychology on Science Times.