Beneath its beauty, Mexico City had an underlying problem. The city is sinking deeper, and fast. This is because of a geological phenomenon where a landscape is gradually dropping, also known as subsidence.

Mexico City's massive sinking was first observed by a group of experts who were initially researching a possible cause of uneven and tilted infrastructures. Instead, the group happens to notice subsidence, which causes 20 inches of drop in the city's soil, reports Wired.

Subsidence in Mexico City is even alarming if analyzed on a wider scale. According to a study published in the Geophysical Research: Solid Earth entitled "Over a Century of Sinking in Mexico City: No Hope for Significant Elevation and Storage Capacity Recovery," the slow-motion sinking could make the entire city descend to an estimate of 65 feet deeper within a century. 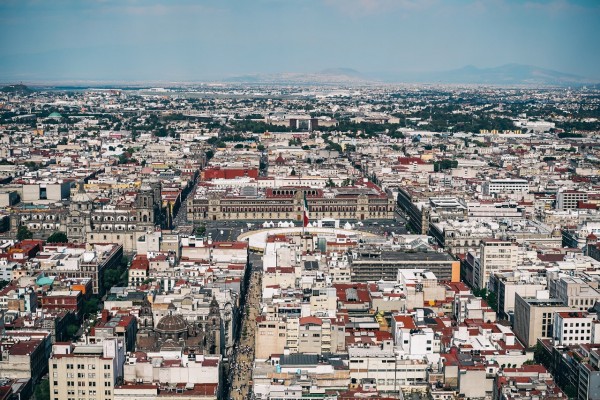 Mexico City's subsidence is suspected of having originated due to the abuse of the city's ancient structures. Some of Mexico's ancient groups have built great architectures that stand side-by-side with nature. Aztecs, for example, had their capital developed in one of Lake Texcoco's islands. This island, known as Tenochtitlan, was built to be a social center.

The city was strategically placed in a basin circled by towering mountains. Aside from being an economic and political capital, the Tenochtitlan island also served as a defense base due to the large water bodies that prevent the city from being attacked.

Then came the Spanish attacks. The colonization inflicted negative impacts on the surrounding natural bodies around the ancient city. They drained the lake and constructed places on top of it. With the development, Mexico City was established, standing over a hollowed landscape.

The subsidence is the sinking of ground due to the removal of minerals, water, oil, and other natural elements found in a landscape's composition. The occurrence can be achieved through mining, fracking, draining, and other activities that involve extensive movement of land bodies.

Mexico City's physical changes were the result of transforming landmasses below the city. Weak, mushy sediments of the forgotten lake are constantly moving over time. It creates a domino effect to the compact structure of the current landscape, causing it to rearrange its particles, and therefore shifts the plates beneath the city. The natural phenomenon may cause massive damages through erosions, sinkholes, and possible earthquakes.

Subsidence can happen in both small and large areas of land. But, on the other hand, there is a way to measure this natural event and prevent damages. According to National Oceanic and Atmospheric Administration, also known as NOAA, the landscape changes can be monitored through Continuously Operating Reference Station (CORS). The system is comprised of high-functioning GPS in a national network scale that provides data on height changes in landmass.

Aside from CORS, there are alternatives in case the first isn't available. One is through the satellite Interferometric Synthetic Aperture Radar (InSAR), embedded ground sensors, geodetic survey leveling, and temporary GPS receivers. There are many ways to prevent casualties in case Mexico City sinks again, but experts aren't clear yet about the prevention of fast-paced subsidence brought by ancient history.

Check out more news and information on Geology on Science Times.