Thomas Pesquet, the French astronaut under the European Space Agency (ESA), is sharing marvelous views from the International Space Station on his social media accounts.

The aerospace pilot, engineer, and ISS veteran returned to the space station as a member of Expedition 66, which took off in a SpaceX Crew Dragon last April 23 for a scheduled six-month stay. 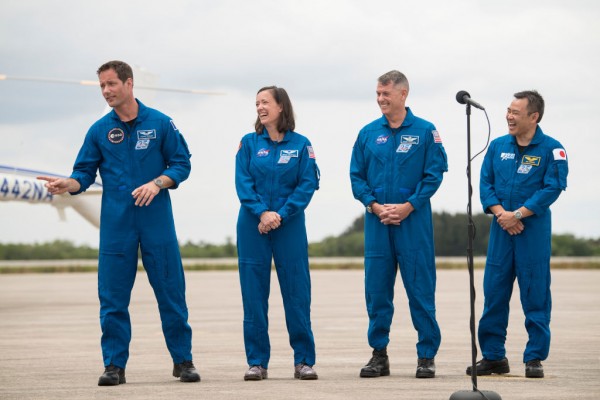 ALSO READ: Coldplay Releases New Song to the Galaxy Thru a Video Call With an Astronaut

Stunning Images From the ISS

Pesquet has been updating his followers through Instagram and Twitter, using the handle "thom_astro" for his accounts on both platforms.

Last May 13, the French astronaut posted an image of the Quiberon Peninsula as seen from space. In his Instagram caption, he shares taking a picture of the same location during Proxima, his first space mission which lasted from 2016-2017. Later on the same day, he celebrated the end of Ramadan with the Muslim community by sharing an image of the night sky over Mecca, with its showing the bright lights connecting parts of the city together.

His most recent images include a photo of a section above Mongolia, covered in snow he describes as "like a film of dust before spring melts it away," and a surreal image of the Sahara. The desert section, according to Pesquet, is in Chad, in Africa. In his May 17 post of the Sahara, Thomas Pesquet tagged his fellow ESA astronaut, Italian pilot Luca Parmitano, who called the view "the skin of the Earth," with its hints of red and ochre.

With a perigee altitude (lowest point) of almost 260 miles (418 kilometers) above mean sea level (AMSL), the International Space Station offers an unprecedented view of the Earth, presented by Pesquet one view at a time. As the ISS travels at an average velocity of 17,000 miles per hour (about 28,000 km/hr), Pesquet and the rest of the crew on board the space station completes one revolution around the Earth every 90 minutes, or about 16 trips around a 24-hour period.

The First ESA Astronaut on a Dragon

An ESA veteran for the ISS, the Expedition 65/66 Pesquet got on last month was his second journey to the space station. He first joined Expedition 50/51 as a flight engineer, with the mission lasting from November 2016 to June 2017.

"I am thrilled to be the first European to fly on the new generation of US crewed spacecraft," Pesquet said in the ESA news release. He additionally calls the experience "extra interesting" since he'll be able to compare this new mission with his first flight back then, using a Soyuz capsule to reach the space station.

Further explaining his latest achievement, Pesquet explains that the SpaceX Crew Dragon is a modern spacecraft that has "amazing new capabilities." Meanwhile, the Russian-developed Soyuz capsule has an "unbelievable track record," since the spacecraft remained the only means of reaching the ISS for all astronauts until the Crew Dragon Demo 2 last May 2020.