Earth's Stratosphere Is Shrinking Due to Greenhouse Gas Emissions, May Contract Up to 1.3 Km by 2080

A recent study suggests that the Earth's stratosphere is shrinking and contracting by roughly 400 meters since 1980 due, primarily, to greenhouse gas emissions. Experts fear that the contraction could eventually reach 1.3 kilometers by 2080.

What is the Earth's Stratosphere? 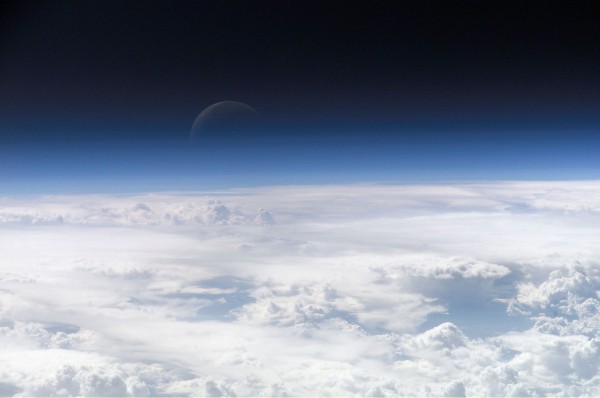 According to the University Corporation for Atmospheric Research, the stratosphere is one layer of the Earth's atmosphere right above the troposphere where we reside. The bottom of this layer is roughly 6.2 miles above ground reaching as far as 31 miles above.

Commercial jets use this to their advantage by flying in the lower stratosphere--known as the stratopause, to avoid turbulence which is a common occurrence in the troposphere.

Greenhouse Gas Emissions Leads to Contractions in the Earth's Stratosphere

The Earth's stratosphere is a key component in the planet's atmosphere. It plays a vital role in absorbing harmful UV rays from the sun--however, previous measurements suggest that the crucial atmospheric layer is thinning in many places.

On the other hand, a study published in the journal Environmental Research Letters, entitled "Stratospheric contraction caused by increasing greenhouse gases" reveals that the Earth's stratosphere continues to contract despite the reduction in CFC use and the rebound of the ozone layer, indicating that another vital factor is contributing to the alarming trend.

Researchers used satellite data collected from the past 4 decades, cross-referenced with climate model maps of the increase in carbon emissions over the period. These greenhouse gas emissions caused the expansion of the troposphere thereby squeezing the Earth's stratosphere from underneath and compressing it.

On the other hand, once carbon dioxide reaches the stratosphere itself it causes an opposite effect forcing the layer to cool. The temperature drop forces gases contained within the layer to further contract resulting in yet again more thinning.

According to data collected, the continuous shrinking of the planet's stratosphere correlates with the steady increase of greenhouse gas emission over the past 4 decades, which suggests that greenhouse gases are responsible for the drastic changes in the Earth's stratosphere.

Juan Antonio Añel, co-author of the study explains in an interview that the team has discovered that the Earth's stratosphere has been contracting by roughly more than a hundred meters per decade since the 1980s, proving that the change is due to the relentless greenhouse gas emissions.

He adds that a scenario where the planet's stratosphere loses 4% of its original vertical extension from 1980-2080 is plausible.

Experts predict that the shrinking of the Earth's stratosphere due to greenhouse gas emissions could seriously affect satellite trajectories, propagation of radio waves, performances of GPS, and other space-based navigation systems.

RELATED ARTICLE: Can Genes Predict Which Animals Will Survive and Adapt to Climate Change?