Who doesn't like to snack on chips and sugary treats? On the other hand, it's no secret that ultra-processed foods aren't good for you. Doctors warn that processed foods are linked to cancer and can wreak havoc on your health further down the line.

What are Ultra-Processed Foods? 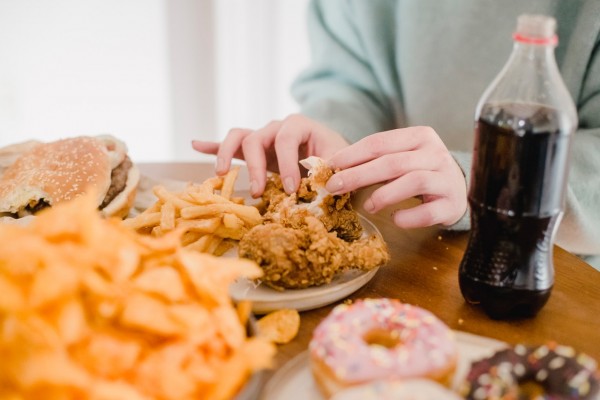 According to the Heart and Stroke Foundation Canada, ultra-processed foods take up roughly 50% of the calories we intake. These often go through several processes such as extrusion, milling, molding, and more and contains several added ingredients that are very manipulated.

Ultra-processed foods like soft drinks, chocolates, chips, ice cream, candies, packaged soups, chicken nuggets, breakfast cereals, hotdogs, fries, and more go through a multitude of processes and contain inorganic chemicals and additives that in the long run would contribute to your deteriorating health.

These types of food, according to BBC Food contains ingredients that aren't normally added to homemade cooking like colorings, preservatives, chemicals, and preservatives. In the UK, industrialized bread accounts for 11%, pre-packaged meals at 7.7% of the most commonly consumed ultra-processed foods.

Understanding the Link Between Ultra-Processed Foods and Cancer

Robert Lustig, MD, MDL, a pediatric neuroendocrinologist explains in his book Metabolical the many ugly sides of the current food systems. He explains eight pathologies within the body's cells that contradict chronic diseases stating that drugs aren't always the right tools for prevention or treatment. Instead, he advocates focusing on what we consume on a daily basis.

Lustig tells Eat This, Not That! In an interview that nitrates in our food are first turned into nitrites in the intestine, which later is turned into a known carcinogen known as nitrosoureas that causes colon cancer.

Lustig adds that refined carbohydrates may lead to insulin release and resistance which is a known contributor to the abnormal cell growth that makes cancer cells thrive using glucose as fuel.

On the other hand, other forms of cancer like pancreatic cancer are fueled by fructose that makes up 50% of table sugars, allowing the cancer cells to become more harmful.

Lustig advises that in order to improve the body's metabolic function and effectively avoid inflammatory and chronic diseases people have to be wary of what they consume and prioritize real food. If it came out of the ground or an animal it's likely healthy for you.

Minimally processed foods like cheeses are still safe for the body. However, although the casual snacking of ultra-processed food is unavoidable it's best to consume in moderation and have more real food and home-cooked meals than pre-packed industrialized products.

When done right, a healthy balanced diet could spell the difference between living a healthy lifestyle and chronic diseases.

RELATED ARTICLE: Preservatives in Popular Foods Including Rice Krispies Treats, Cheez-Its and Pop-Tarts May be Harmful to Consumers [Study]