Do You Want to Win a Piece of Land on the Moon? Bagel Bites Lets You Complete This Deed on Lunar Eclipse

This Total Lunar Eclipse, Bagel Bites is bringing some out-of-this-world real estate. Your dream '90s popcorn could be the perfect way to dress for the future when they're offering their followers a chance to buy a slice of the Moon.

Yes, you heard it correctly. On May 26, space enthusiasts will be able to combine their two favorite things. You might own a piece of land on the Moon while eating your favorite pizza.

According to Science Times, the Pacific Ocean, Australia, the east coast of Asia, and the west coasts of North and South America will be able to see the Total Lunar Eclipse this year. 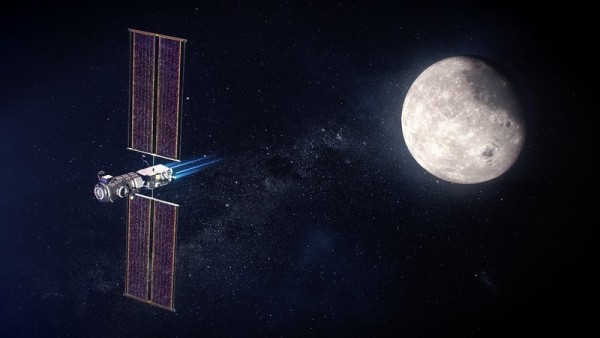 (Photo: NASA/Flickr)
An orbital outpost around the Moon that provides vital support for a sustainable, long-term human return to the lunar surface. It is a critical component of the Artemis program.

A well-known frozen food manufacturer that introduced pizza toppings on a bagel, Bagel Bites, said on its official Twitter account that people will be able to get a "piece of land" on the Moon this coming Lunar Eclipse. This raffle is part of its celebration of the forthcoming total lunar eclipse and its stakes in the celestial satellite.

It takes 14 minutes to cook the perfect bb (the exact same time as this week's lunar eclipse 🤯). Tune in starting at 6:11AM CST on Wednesday for your chance to win an acre of the moon - yeah, that moon

Bagel Bites, owned by Kraft Heinz, is selling one of the most bizarre raffle giveaways the world has ever seen, and it involves a patch of land on the Moon, which it claims is an acre. Bagel Bites and Heinz may be the first businesses to sell moon land, particularly now that space exploration is not widely available.

Furthermore, there are no known cultures or colonies on the Moon, owing to the lack of oxygen sources, which necessitates the use of a spacesuit or a dome to breathe properly.

According to Bagel Bites, users will enter the competition by simply tweeting #bbsweepstakes on Twitter. Participants don't need to buy any merchandise or boxes of pizza bagels. No additional details or submissions are required to participate. Per Travel+Leisure, only 100 fans will receive a moon deed separating the acre of Moon property.

Although this raffle event has been announced on Bagel Bites' official Twitter account, there are still precautions to be taken, mainly because the Moon's land is not yet supervised.

Can Bagel Bites Really Give a Piece of Land from the Moon?

There needs to be further clarification if the raffle is indeed true. Science Times previously reported that the Moon lacks a governing authority since no country could claim to a celestial body. Hence, any papers or evidence of land acquisition may be rendered null and void in the near future.

Like other space agencies worldwide, NASA has stakes in the Moon, especially those who have already gone there and planted flags to demonstrate their technological prowess and commitment to space exploration. Furthermore, private corporations such as SpaceX, Blue Origins, and others are planning to commercialize space exploration, making it possible for people to explore the Moon in the near future.