Ice Formation on Graphene Shows the Need for Heat

Water, despite its abundance and applications in everyday life, remains one of the most curious substances as a lot of its behavior seemingly defies the laws of physics. Now, a new study shows that even ice formation - in this instance atop a graphene surface - requires a little heat among water molecules.

An international research team including members from Cambridge University and the University of Surrey (UK), Graz University of Technology from Austria, and Institut Laue-Langevin (France) details the complicated physics involved in the process of ice formation. 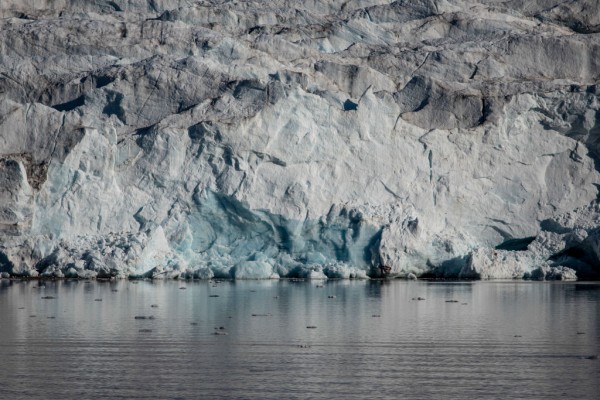 ALSO READ: 3 Characteristics of Water That Seem to Defy the Laws of Physics

Understanding how this happens at the nanoscale, between water molecules, could help predict patterns and behavior associated with ice formation and melting. This process has far-reaching applications as freezing and the application of heat occurs from crystals to ice sheets and glaciers - with the macroscopic impacts being potentially critical breakthroughs for environmental studies related to global warming and climate change.

Researchers present their findings in a report titled "Motion of water monomers reveals a kinetic barrier to ice nucleation on graphene" appearing on the latest Nature Communications.

Tracking Ice Formation At the Nanoscale

The team behind the new study began by tracking down the exact point in time when ice formation begins. A process called nucleation occurs in an extremely short period of time (a fraction of billionths of a second). During this process, highly mobile water molecules come into contact with each other and join together.

As the process happens very quickly at the nanoscale, as demonstrated in an earlier 2019 study, conventional microscopes are unable to follow the movement of individual water molecules, much less capture nucleation as it happens. Researchers needed to monitor how each water molecule move and combine on top of solid surfaces. To work around this challenge, researchers used the cutting-edge Helium Spin-Echo (HeSE) machine to monitor the movement of these minute particles. They used this HeSE machine to observe water molecules on top of a model pristine graphene surface.

The breakthrough was made possible with a combination of experimental and theoretical methods, allowing the international research team to fully observe and monitor the movement of water molecules on top of the model graphene surface, and the fact that there is an energy barrier requiring heat to begin the process.

"The observations completely alter our understanding of ice nucleation. The HeSE results looked very promising, but the motion of water was incredibly complicated and suggested counter-intuitive new physics. We decided that atomistic simulations were needed to interpret the results," explains Dr. Anton Tamtögl, lead and corresponding author of the study from Graz, in a news release from the University of Surrey.

Dr. Bill Allison, a co-author in the study from Cambridge, explains that water molecules repelling each other were not a phenomenon even considered during nucleation and that the discovery from their work will change that preconception. Additionally, the newly observed interactions from their study change the rate at which ice nucleation occurs and therefore, the exact rate at which ice forms.

Check out more news and information on Water and Ice in Science Times.