When used while swimming in the sea, it is also environment-friendly to coral reefs, the Florida News Times reported.

It said new research suggests that methylene blue may be a substitute ingrendient in sunscreen ingredient that is safe for the environment and shields human skin from the ill-effects of solar radiation. 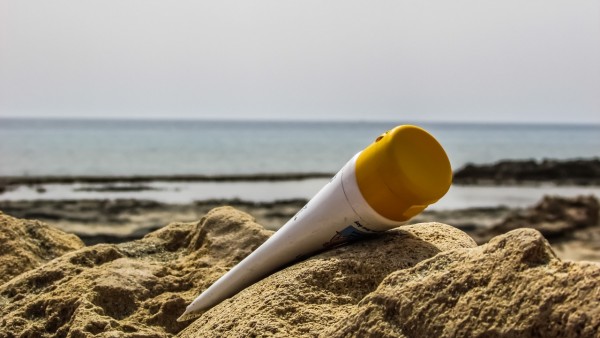 (Photo : Dimitris Vetsikas on Pixabay)
A new study suggests methylene blue may be a substitute sunscreen ingredient that backs the environment and shields human skin health.

Some American states and other countries have prohibited the use of oxybenzone, as well as its derivatives, to prevent its negative impacts on marine ecosystems.

SFP only quantifies exposure to UVB, leaving sunscreen users susceptible to UVA-stimulated stress and aging caused by overexposure to sunlight.

Methylene Blue provides protection against ultraviolet radiation, according to a study published in Scientific Reports.

The study suggests that "Methylene Blue is an effective UVB blocker," with several highly desired features, according to Dr. Kan Cao, senior author and founder of Mblue Labs, Bluelene Skincare.

Methylene Blue exhibits a wide spectrum absorption of both UVB and UVA rays, promotes the repair of DNA impairments and does not pose any harm to coral reefs, said Cao, a professor at the Department of Cell Biology and Molecular Genetics, University of Maryland.

The researchers, which comprised scientists from Mblue Labs and the University of Maryland, investigated Methylene Blue's UV protection benefits among young and old donors, and compared the results with Oxybenzone.

The research concluded that Methylene Blue not just absorbs UVA and UVB as the conventional sunscreen are doing. It also helps fix the DNA damage from UV radiation.

The researchers exposed Xenia umbellate, a soft coral species, to similar amounts of Oxybenzone or Methylene Blue in separate tanks.

According to Phys.org, the researchers monitored the growth of the soft coral species as well as their responses to Oxybenzone and Methylene Blue. They found severe coral bleaching and death in Oxybenzone-treated Xenia corals in less than one week, while Methylene Blue does not have any adverse effect on coral health, even at a comparatively high concentration.

The researchers compared Methylene Blue as well with other common skincare antioxidants like Vitamin A and Vitamin C in its ability to diminish cellular oxidative stress. Cao said Methylene Blue was effective against cellular stress.

The combination of Methylene Blue and Vitamin C could result in anti-aging impacts, specifically in the skin of older persons, suggesting a positive effect from both.

The new research suggests that Methylene Blue can possibly be an active ingredient in sunscreens because it is safe for coral reefs and can offer a broad-spectrum protection from UVA and UVB.

Related information about oxybenzone is shown on the THE COVERUP FILM's YouTube video below:

Check out more news and information on Environment & Climate and Medicine & Health in Science Times.