Elon Musk's competitor said that the Starlink satellites would be unsustainable once SpaceX completes its broadband project.

According to the Daily Mail UK, this issue arose after competitors argued that having so many satellites in a single orbit could cause radio interference. On the other hand, they added that if Starlink continues to send thousands of satellites into space, its satellites may become obsolete. 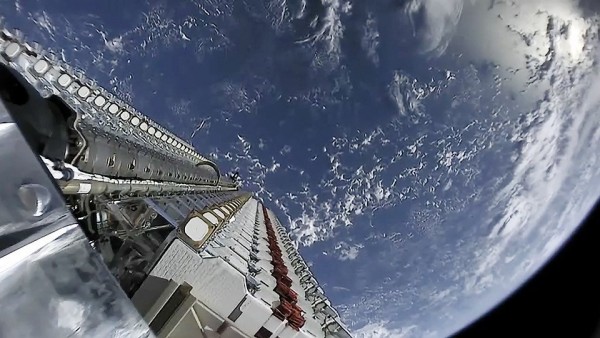 Competitor Arianespace's head Stephane Israel said there is a risk of catastrophic collisions as Elon Musk's SpaceX launches thousands of satellites into low Earth orbit (LEO). That's around 1,000 kilometers or 625 miles from the surface.

He cited SpaceX's Starlink project as an example, saying that the almost 9,000 satellites launched into orbit since 1957, the company's share has 1,677. He went on to say that one man, Elon Musk, now owns 35 percent of all operational satellites.

Musk's Starlink constellation project just got approval from the Federal Communications Commission (FCC) to provide broadband from space and install hundreds of satellites in a lower orbit than previously intended. The goal of SpaceX is to provide internet connections to underserved and distant parts of the globe.

On the other hand, rivals believe that the lower altitude increases the possibility of satellite collisions and high radio interference.

Israel went on to say that multiple collisions have occurred in recent years, at least two of which included Starlink satellites. According to the same CNBC report, he said that "very quickly, we could find ourselves in a catastrophic scenario that would render this orbit impractical."

Although Elon Musk's plan could help many people worldwide, some of his competitors have suggested that because its Starlink satellites will be put in lower-Earth orbit, thousands of them could collide in space.

"We want space to remain accessible for human activities... but we refuse a Wild West space. It really is our responsibility to ensure that low orbit (less than 1,000 kilometers above the Earth is sustainable long-term," said Arianespace's CEO in an Independent report.

According to a recent Science Times story, SpaceX had previously petitioned the FCC to launch roughly 2,800 Starlink satellites into space.

The space agency also verified that once these satellites are in orbit, areas with weak internet connections, particularly those in remote areas, will finally have access to the internet.

However, Israel cautioned that because SpaceX was the first to do so, the entire Starlink satellite constellation might preclude other space agencies from launching their satellites, potentially leading to a space monopoly.

SpaceX has applied to the FCC for permission to launch up to 42,000 satellites. This has put pressure on Arianespace, a joint venture between Airbus and Safran, to increase its launch capacity.