The problem with most existing chemical pesticides is that they contain harmful chemicals, both to human health and the environment - and a new formula opens up possibilities for safer and greener alternatives.

A new study looks at organic byproducts from beer production as well as manure generated by farmlands as a potential strategy in disinfesting soils, while also preserving healthy soil with microorganisms, and eventually increase crop yields. This marks the latest attempt to both reduce waste from agricultural industries and reduce the use of harmful chemicals in pesticides.

Researchers present their findings in the report "Biodisinfestation With Agricultural Byproducts Developed Long-Term Suppressive Soils Against Meloidogyne incognita in Lettuce Crop" published in the latest issue of Frontiers in Sustainable Food Systems. 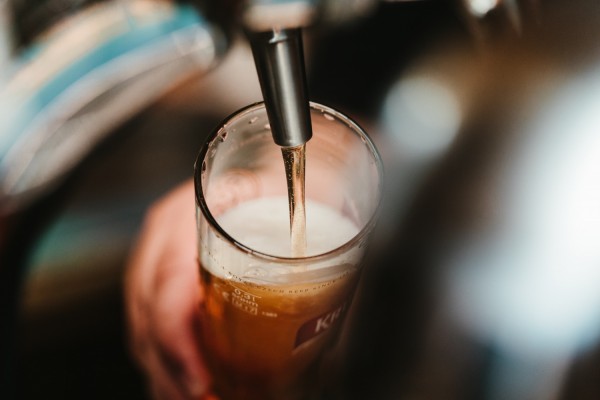 ALSO READ: Pesticides Are The Reason Bees Are Not Getting Adequate Sleep

The study, led by researchers from the Neiker Basque Institute for Agricultural Research and Development in Spain, used rapeseed cake and beer bagasse or spent beer grains, mixed together with fresh cow manure as potential organic biodisinfestation treatment materials. In a news feature from Frontiers, lead author Maite Gandariasbeitia explains the choice of rapeseed cake and beer bagasse as their potential organic treatments because both materials have shown positive results based on previous studies.

"Their high nitrogen content promotes the activity of beneficial microorganisms in the soil, which helps to break down organic matter like manure and kill off nematodes and other parasites which damage crops," Gandariasbeitia explains in the Frontiers feature.

The lead author also explains how nematodes (commonly known as roundworms) have adverse effects on crop yields, especially since root-knot nematodes are common soil parasites. According to the American Phytopathological Society, these worms can penetrate the plant's root tissues, laying their eggs there. This in turn causes galls, or knot-like swellings on the crop root, hence their name. These roundworms hinder the plant's development and its ability to efficiently absorb nutrients in plants.

In their study, researchers mixed beer bagasse and rapeseed cake into the soil with fresh cow manure as a potential treatment strategy in disinfesting the soil and culling nematode populations. After the first batch of crops after treatment, researchers found that there was a significant reduction in the formation of galls or swellings in the plant roots.

Scaling up the Study for Practical Applications

Crop plots were also able to generate increased yields of around 15 percent compared to the untreated control plots after a monitoring period of one year. Furthermore, the organic matter treatment improved populations for beneficial microorganisms in these plots, evidenced by the improved soil respiration rate.

However, Gandariasbeitas notes that further research is still needed in order to explore other potential organic treatments that could yield similar results.

"There are still many questions to answer so that we can gain a better understanding of what happens in the soil during and after these biodisinfestation treatments," the researcher adds.

Check out more news and information on Pesticides in Science Times.