Pesticide Is The Reason Bees Are Not Getting Adequate Sleep

Bees, known to be the hardest workers of nature, have not been getting the sleep they need to pollinate effectively.

These animals are among the most essential creatures on Earth, yet, a famous pesticide is also found to be "interfering in (their) sleep."

According to a Southern Living report, in recent research, European researchers "gave bumblebees nectar sugar laced with neonicotinoids, one of the most typically used pesticides," and then followed their scavenging movements.

The researchers discovered that the pesticide greatly affected the behavior of bees, posturing major consequences for the essential workers of nature, as well as their ability to help in pollination. 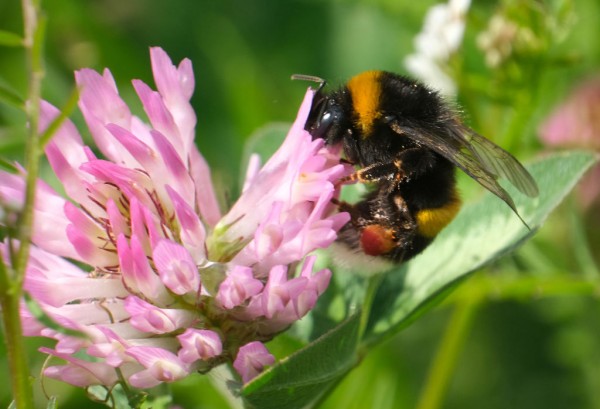 Bees, like humans, need an adequate amount of sleep so they can properly function. According to a teaching associate Kiah Tasman from the University of Bristol's School of Psychology, Pharmacology, and Neuroscience, "it appears to disrupt the body clock in foraging bumblebees." They forage much less, which takes place more at nighttime, and they sleep a lot more during the day. This is causing the "mistiming of their normal behaviors," added the teaching associate.

If the time where these bees are able to manage to go out and forage is during the night when flowers are not available, that is going to greatly decrease how successful they are at collecting the food the colony needs for food growth and reproduction.

Tasman added that the neonicotinoids could also impact how well bumblebees care for their young. The outcomes of the research are specifically troublesome to humans as foraging is doubling as pollination, and many plants, which include the ones sustaining "ourselves and our livestock," depend on pollinators to reproduce. Unfortunately, the bees are already critically endangered as it is.

According to the United States of Agriculture, nearly 90 percent of wild plants and 75 percent of global crops are dependent on animal pollination.

The agency added, pollinators, most frequently bees, are accountable for "one in every three bites of food we take."

Hopefully, the expert said, this research has an effect on the use of neonicotinoids found in pesticides. If bees are not getting the sleep they need, even humans will suffer.

Effect of Pesticides on Bees

As mentioned, bees play a big part in the production of food that humans eat. A CNN report said that according to the agriculture department, bees contribute to "an increase (in) crop values in the US by more than $15 billion" year after year.

However, bees, as well as other pollinators, are now endangered due to the widespread use of pesticide, loss of habitat, climate change, and parasites, so much so that the probabilities of detecting the hardworking bumblebees in the US and Europe dropped by over 30 percent since the past 100 years. Tasman cautioned bees are presently "quite sluggish, and they are going out less frequently anyway."

Meanwhile, the said same pesticides have already been reportedly found to impair the baby bees' brains. In the second research published late last week, and researchers concentrated their attention on flies.

Again, they exposed the insects to neonicotinoids, and then through the use of infrared beams, they monitored how these impacted bees' movement.

Study findings presented that the pesticide worked directly on the cells in the brain running the body clock, which decide when sleep and activity take place during the day-and confusing them.

It appears as if these pesticides freeze the said cells in a daytime shape; therefore, the body does not know whether it is day or night, explained Tasman.

Check out more news and information on Bumblebees on Science Times.