SpaceX launched supplies and resources from Cape Canaveral to the International Space Station (ISS) using its 17th rocket. The cargo Dragon spacecraft carried NASA's new solar panels along with other necessities for the space station and its laboratory. After resupplying the station, the robotic cargo capsule successfully landed at sea. 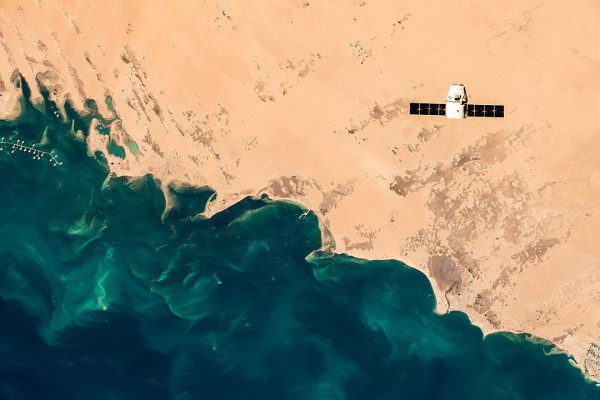 The Dragon cargo ship used the Falcon 9 rocket to liftoff from Kennedy Space Center's Launch Complex 39A. The recent mission was the 22nd resupply procedures for the orbiting station. Weighing a total of 3311 kilograms or 7300 pounds, the Dragon cargo contained supplies for the space station, specimens for future space lab experiments, as well as the new solar arrays that would be installed soon.

Falcon 9's first stage came back to Earth's surface after an estimated 9 minutes of the resupply mission liftoff. One of SpaceX's massive, unmanned robotic ships, named "Of Course I Still Love You," served as the landing pad for the returning first stage of the rocket. The giant barge-like drone platform functions as a recovery vessel, catching SpaceX's falling crafts and boosters for reuse on future missions. SpaceX marks its 86th successful landing, with the Falcon 9 perfectly conducted its very own 1st landing, said SpaceX operation engineer Siva Bharadvaj.

Dragon CRS-22 is expected to reach NASA's Harmony module port station on Saturday morning. The lunch of the Dragon was exciting for many experts at SpaceX, as another spacecraft, Crew Dragon Endeavour, is already parked at the orbiting station.

45th Weather Squadron's officials have already predicted bad weather on the day of Falcon 9's liftoff, including heavy rain and a swarm of cumulus clouds. This is pretty bizarre, considering that Florida is in the middle of the summer season; however, the weather calmed, and the launching of the resupply mission carried on, reports Space.

B1067, Falcon 9's first stage booster, performed well during the liftoff, considering that it was still a brand new rocket installation. SpaceX's new white exterior design for the launcher's stark is a different look compared to the previous crafts that have been sent on space missions. It was also a refreshing continuation of the first reusable rockets that SpaceX launched in 2015.

Experiments, Solar Panels, and Other Supplies Aboard the Dragon Cargo

ROSA or roll-out solar array, produced by Boeing and Redwire Space, is on board the cargo to be installed for improving the space station's power supply. The solar array includes six new panels that are expected to heighten the energy supply of the orbiting laboratory. The same ROSA panels will be also attached to several space missions that will take place in the future, including NASA's orbiting lunar outpost Gateway and impact prevention technology DART or Double Asteroid Redirection Test.

Along with the supplies, the Dragon Cargo carries two separate experiments that include animal subjects. One of the studies, called UMAMI, will be conducted while the Dragon is en route to the space station. The investigation aims to gather data from the symbiotic relationships of the microbes and animals in the form of baby squid. The second set of studies contain extremophile water bears or tardigrades. The water bears will be a subject to research about the genes that protect them from any extreme force and hard environment, including spacial microgravity.