Is SpaceX Ready to Place a Sirius XM Satellite Into Orbit via Falcon 9?

SpaceX plans to launch a Falcon 9 rocket on Sunday, June 6. In addition, the launch of a new Sirius-XM satellite will be televised live. Maxar Technologies produced the new satellite, which is known as SXM-8. 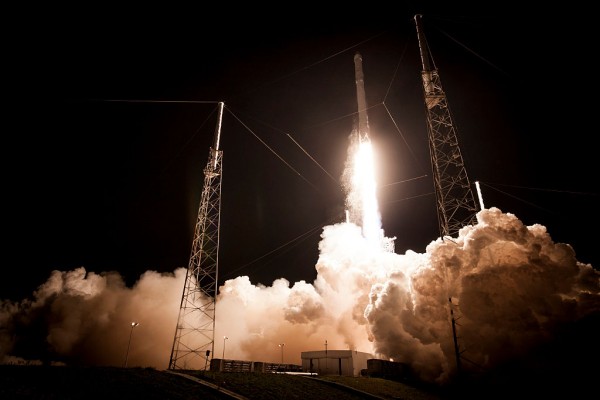 Following the failure of SiriusXM's SXM-7 satellite earlier this year, the SXM-8 satellite will be part of the company's satellite radio network. Digital Trends said the satellite was successfully launched, but it failed in orbit.

The launch will be live-streamed by SpaceX, with the stream beginning roughly 15 minutes before liftoff. On Thursday, June 3, SpaceX made another launch.

Science Times reported that a capsule was sent into space docked with the International Space Station, delivering supplies and cargo to the space station. SpaceX will then attempt to retrieve its first-stage Falcon 9 rocket after the satellite liftoff tomorrow.

The business has mastered the art of recovering and improving old rockets several times. If the first stage is successfully retrieved, it will be SpaceX's 87th recovery. B1061, the Falcon 9 rocket used in the mission, is launching for the third time. Two separate Crew Dragon capsules have been launched into space by B1061.

What to Expect From the Launch

Space.com said a Falcon 9 rocket would launch the satellite from Space Launch Complex 40 at the Cape Canaveral Space Force Station in Florida.

As customary for SpaceX launches, parts of the Falcon 9 have been utilized on prior SpaceX missions. For example, both the Crew-1 and Crew-2 missions delivered humans from Earth to the International Space Station, using the rocket's first stage booster. In addition, SpaceX recently established a record by utilizing a single booster for ten missions, achieving a reusability target the firm has long aspired to.

This launch aims to capture the booster once more so that it can be used in the future. Once the booster separates from the rocket, the drone ship "Just Read the Instructions" will be stationed in the Atlantic Ocean to catch it.

How to Watch the Launch

SpaceX will broadcast the launch live, allowing you to watch it unfold from the comfort of your own home. You can watch the live stream using the video player at the top of this page or by going to SpaceX's YouTube account.

Final preparations for the launch, liftoff, ascent of the rocket into the atmosphere before separation of the first and second stages, catching of the first stage on a droneship as it returns to Earth, and confirmation of the satellite's deployment will all be covered. Around 30 minutes after liftoff, the satellite should be deployed.

Suppose the launch on Sunday is canceled due to inclement weather, a backup launch window will be available on Monday, June 7 at the same time.