COVID-19 is an "unrestricted bioweapon" that slipped from a Wuhan facility. This claim was according to a Chinese virologist who fled to the United States after claiming that China covered up the coronavirus epidemic.

The messages - obtained through the Freedom of Information Act - implied that the White House virus expert knows the possibility of the virus being manufactured. However, The Sun claimed Fauci downplayed it publicly.

Dr. Li said that Fauci's emails revealed on Tuesday by Buzzfeed and the Washington Post show he knew about the Chinese tinkering with viruses to make them more lethal.

"Frankly, there is a lot of useful information there [Fauci's emails]," she said in The Sun's report.

"He knows all these things," she insisted of Fauci in a New York Post report. 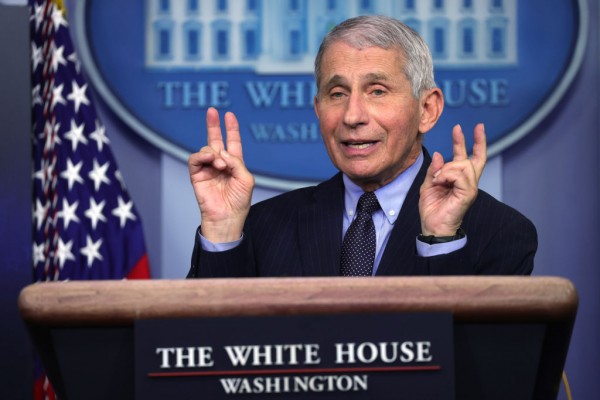 Dr. Li published research on her claims and discoveries on COVID-19's origins in the Wuhan bio lab last year. A Chinese virologist was one of the researchers who looked at it. Science Times reported that her studies were shut down and removed. It forced her to flee for her safety. Dr. Yan has been barred from social media since then for "misinformation."

Dr. Li published two studies regarding Chinese virus studies on Zenodo last year and one this year, both without peer review.

"It is a product of the bioweapons program of the Chinese Communist Party (CCP) government, the network of which includes not only the CCP scientists but also certain overseas scientists and organizations," Dr. Li said per the New York Post.

"They verify my words from the beginning - that these people knew what happened, but they chose to hide for the Chinese Communist Party and their own benefits," she added.

The Wuhan lab leak explanation was initially dismissed as a far-right conspiracy theory to blame China for the outbreak.

Then followed Fauci's email leak on Tuesday, which revealed more than 3,200 his correspondence from January to June 2020.

During her Newsmax interview, Dr. Li mentioned one of these emails.

She said Fauci received an email on February 1, 2020. The message contained that virus engineering experiments had been conducted at the onset of the epidemic.

Citing one email, she claimed that Dr. Fauci recognized there would be a gain-of-function experiment in the COVID-19 virus.

He was "certainly" concerned that the lab was conducting the tests, which could boost virus transmissibility, but "was concerned not to alert the public," the scientists said.

According to the emails, Dr. Fauci has known about the virus since early March 2020. But he has not pushed or demanded wearing face masks in public due to lax health regulations during the early pandemic. An email from the Chinese CDC's George Gao indicates that China wants to get the virus off the earth and wants to engage with the country to end the pandemic.

The emails to Dr. Fauci reveal a sense of urgency about the epidemic in the early days, underscoring its severity.