"Project S": How Does This Vaccination Experiment Work in Small Brazilian City?

Residents of a small Brazilian city called Serrana have regained hope after researchers recently vaccinated nearly its whole adult population via the "Project S" in a city-wide vaccination experiment this spring.

A CNN report said, according to a popular restaurant owner in Serrana, Ricardo Luiz, everything is practically open at present, and the atmosphere quite different, "so much lighter and joyful."

People in that small Brazilian city are feeling safe while the other cities around them are in a very challenging situation.

Four months following the kickoff of Project S, what's known to be a quiet city surrounded by sugar plantations has attained an atmosphere of the pre-pandemic period, Luiz said. 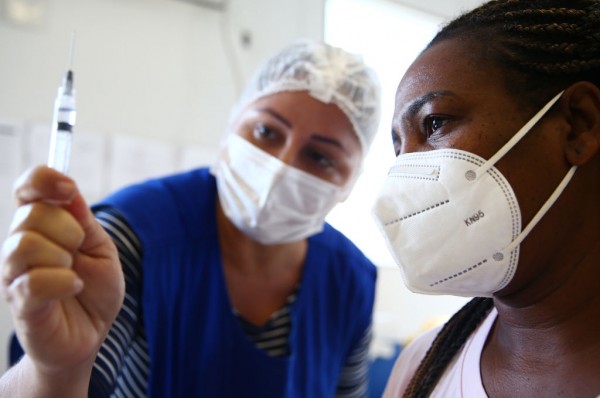 Project S was coordinated by Butantan Institute biomedical center, in partnership with the Sao Paulo University of Medicine in Ribeirao Preto.

This spring, the study authors gave the complete doses of the COVID-19 vaccine, Coronavac, to more than 27,000 adults, roughly 95 percent of the adult population of Serrana.

Developed by Chinese pharmaceutical firm Sinovac, and produced partly by Brazil in partnership with Butantan, the Coronavac has shown a worldwide efficacy of 50.8 percent in Phase III trials, AgenciaBrasil.

Full findings of the researchers from Project S have not yet been peer-reviewed, neither have they been published. Nevertheless, according to initial results on June 1, the said research showed a reduction of 80 percent in the number of symptomatic cases.

Meanwhile, COVID-19-related hospital admissions have dropped by 86 percent and the death rate by 95 percent-figures which Sao Paolo Governor Joao Doria hailed as a good omen for the rest of the country.

Based on the study, the immunization yielded a kind of "immune belt" in the small city, severely lessening the spread of COVID-19 in the municipality while the virus raged in the entire country.

Medical director of clinical research Ricardo Palacios at Instituto Butatan said in a CNN International interview one day after a media conference, the most essential outcome was to understand that the pandemic can be controlled even without vaccinating the whole population.

Palacios added, when coverage reached 70 or 75 percent of the population of Serrana, the decline in occurrences was observed even in the group that had not yet accomplished the vaccination schedule.

People are feeling safe, he explained, adding that not feel afraid anymore for his family or acquaintances going across the hot and dry streets of the city. Everyone in Serrana these days, the medical director also explained, it is rare to hear about cases and deaths.

Countrywide, according to an earlier The Telegraph report, Brazil is the second-highest number of deaths from this infectious disease globally, after the United States, and it is headed towards the third wave with daily cases and deaths rising.

Having gathered this, only 10 percent of the population of Brazil has been fully vaccinated. However, people residing in Serrana say they are experiencing quite a different reality, giving credit to Project S.

It has been a struggle for Brazil to acquire adequate vaccines for its population of approximately 211 million. Knowing that herd immunity could be a long time occurring for the country, Dima Covas, Butantan Institute Director, and Borges sought to provide COVID-19 vaccine to a high percentage of the Serrana populace in a short period to find out if herd immunity could be locally attained.

Consequently, Borges said, they wanted to test if vaccination could stop the spread of the virus, lessen severe cases and hospital admissions.

The then-high prevalence of COVID-19 in Serrana, a small population, and the Ribeirao Preto-based medical university and the state hospital's proximity made the city an ideal candidate.

Related information is shown on the Different Frames of the World's YouTube video below: