SpaceX had been actively sending rockets and satellites this year. Following the launch of the Dragon capsule earlier this week, the reusable rocket Falcon 9 successfully sent SXM-8, a broadcasting satellite for the radio station SiriusXM, to orbit Earth on space. SiriusXM is a broadcasting company based in New York that is famously known in the radio programming industry.

SXM-7, an identical craft to the SXM-8, was supposed to be the first SiriusXM radio satellite to be launched. The previous project that was built by Maxar Technologies and was also launched by SpaceX failed in preliminary testing last December. Once it reached orbit, SXM-7 suffered damage and was unusable even if it is successfully landed back on the surface. Accordion to a CNBC report, the specific details of the damage were not disclosed to the public.

SiriusXM published on their quarterly financial results that $220 million were potentially lost in their net income following the failure of the SXM-7, reports Space News. 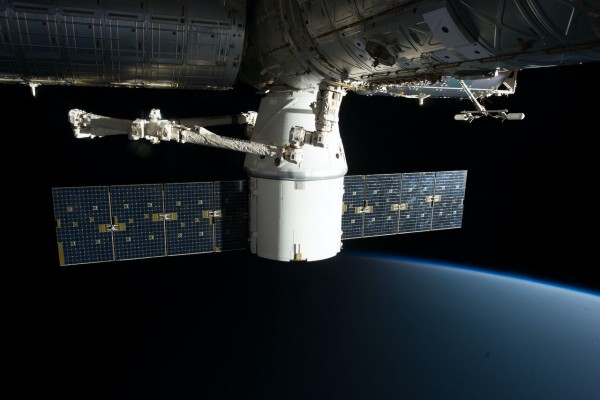 Falcon 9, which was the rocket chosen for the commercial mission, lifted off from Cape Canaveral Space Force Station's Space Launch Complex 39A. Weather squadron experts from the 45th Space Delta predicted that the weather condition would only give a 60 percent chance of success for the launch. But despite the gloomy skies with residual clouds, the rocket was able to perform the flight. Around 8 to 9 minutes after takeoff, the rocket's first stage got back safely, landing on one of SpaceX's drone ships named "Just Read the Instructions," which was waiting in the Atlantic ocean. The pod near the rocket's stark that protected the satellite aboard Falcon 9 was ditched but will be recovered soon.

SXM-8 satellite was deployed to space without a scratch. It orbited the planet 32 minutes after the lift-off. There was no sign of any anomaly on the satellite, and experts did not have any issues connecting the control system with the spacecraft. Once it orbited, SXM-8 started to deploy its own solar panels right away, along with firing thrusters to achieve a geostationary orbit, reports Newsweek.

Elon Musk's private company now has a record of 125 successful launches and almost 90 landings. Last May, SpaceX has already launched a total of four Starlink missions, in addition to more than 1700 broadband satellites. Since the company's kick-off in 2008, Spacex did not miss in maintaining their projects and missions environment-friendly. The company was the first to develop reusable crafts, from drone ships to space crafts.

SpaceX had already reused 66 rockets, but Elon Musk isn't stopping to innovate more waste-free technologies. Among the current crafts that were being developed by the company is the massive Starship. The rocket's main objective is to function as a spatial transportation vessel for humans between Earth and other locations in our solar system. Starship is expected to be complete before 2030, with Mars as the first destination of the vessel.