NASA's Juno spacecraft, which has been orbiting Jupiter since 2016, completed a close flyby of the planet's moon Ganymede at 1:35 p.m. ET on Monday. Its mission is to determine the composition and magnetic field of the frozen orb, among other things.

Since the Galileo mission flew by in 2000, this is the first time a space probe has made a close approach to Ganymede.

"Juno carries a suite of sensitive instruments capable of seeing Ganymede in ways never before possible," Scott Bolton, principal investigator of the Southwest Research Institute in San Antonio, said in a NASA release.

"By flying so close, we will bring the exploration of Ganymede into the 21st century, both complementing future missions with our unique sensors and helping prepare for the next generation of missions to the Jovian system."

What is Juno's Role?

The Juno spacecraft, which was launched in 2011, was tasked with studying the solar system's largest planet, Jupiter. The goal is to better understand the gas giant's makeup and development as well as its numerous intriguing moons. Juno employed instruments meant for Jupiter to unravel the mysteries of Ganymede during today's flyby, providing that all goes according to plan.

The craft's microwave radiometer, which is generally used to study the movement and chemical composition of Jupiter's atmosphere (to depths of over 350 miles), peered deep into Ganymede, a moon roughly the size of Mercury, to learn more about the water-ice crust that covers the planet. According to NASA, distinct sections of Ganymede's outer shell are light and dark, implying that some of the ice is more than just frozen water. 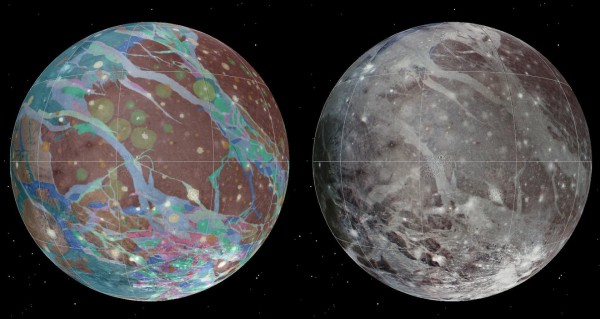 The Juno mission expands on the work of the Galileo spacecraft which orbited Jupiter for nearly eight years and flew by all of the planet's major moons. Galileo was ordered to dive into Jupiter's atmosphere in 2003; the spacecraft was destroyed in the process, bringing the mission to a close. Galileo was the one who discovered Ganymede's magnetic field, which led to Juno's activities today.

Ganymede is an icy moon, and ice moons are currently drawing a lot of attention from planetary scientists.. According to NPR, ice is common on moons - there's even some on Earth's moon. However, some of the giant moons orbiting the outer planets have significant water on their surfaces. Others are suspected of containing liquid seas beneath the frozen covers.

"If we can measure this change, we might be able to understand the connection between Ganymede's ionosphere, its intrinsic magnetic field, and Jupiter's magnetosphere," said Dustin Buccino, a signal analysis engineer for the Juno mission, The Wire Science reported.

The visible light will aid researchers in better pinpointing places of interest on Ganymede's surface. At the same time, "noise" or distortions in the images obtained by Juno's cameras will be utilized to detect information about Ganymede's radiation environment.

Due to the speed of the flyby (Juno will pass by at 12 miles per second) the spacecraft will only have around 25 minutes to photograph the moon before it fades away into a distant speck of light.

Jupiter's next generation of missions is already in the works. JUpiter ICy moons Explorer (JUICE) from the European Space Agency and NASA's Europa Clipper are scheduled to launch in 2022 and 2024, respectively. These launch dates will place the spacecraft in Jupiter's orbit around 2030, roughly the same time as NASA's Venus missions. Yes, 2030 feels like an eternity away, but at the very least, scientists will have the crewed Artemis lunar trips to look forward to.