They have concluded that the cosmos is approximately 14 billion years old. More revelations from the space frontier continue to emerge as telescope data and theoretical models are investigated further. There were fresh discoveries yesterday regarding how water is kept on other worlds and what those molecules reveal about other planets' histories.

Researchers are debating the power of dying stars today, armed with new imagery.

At the 237th meeting of the American Astronomical Society on January 15, researchers from Rochester Institute of Technology and Green Bank Observatory presented fresh results concerning the Butterfly Nebula (NGC 6302) and the Jewel Bug Nebula (NGC 7027). 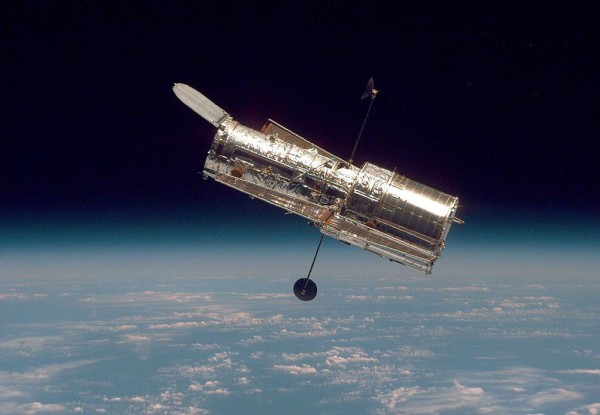 (Photo: NASA via Getty Images)
IN SPACE: (FILE PHOTO) In this handout from the National Aeronautical Space Administration (NASA), the Hubble Space Telescope drifts through space in a picture taken from the Space Shuttle Discovery during Hubble's second servicing mission in 1997. On October 31, 2006, NASA announced that the space agency would send a space shuttle to the Hubble Telescope for a fifth repair mission no earlier than May of 2008.

"We're dissecting them," Joel Kastner, a professor in RIT's Chester F. Carlson Center for Imaging Science and School of Physics and Astronomy, said per SciNews.

"We're able to see the effect of the dying central star in how it's shedding and shredding its ejected material. We're able to see that material that the central star has tossed away is being dominated by an ionized gas, where it's dominated by cooler dust, and even how the hot gas is being ionized, whether by the star's UV or by collisions caused by its present, fast winds."

New Mystery About the Butterfly Nebula

The new HST photos of the Butterfly Nebula, according to Kastner, demonstrate that the nebula was ejected only approximately 2,000 years ago. The S-shaped iron emission that gives it the "wings" of gas turns out to be even younger.

Surprisingly, they discovered that astronomers had previously mistakenly assumed they had spotted the nebula's center star. Instead, scientists have found per SciTechDaily that the center star is closer to Earth than previously thought.

Future investigations with the James Webb Space Telescope, the team hopes, will aid in the discovery of the true central star.

What about the Jewel Bug Nebula?

The team's continuous study of the Jewel Bug Nebula is based on a 25-year baseline of data stretching back to Hubble's early photography.

The nebula is "remarkable for its unusual juxtaposition of circularly symmetric, axisymmetric, and point-symmetric (bipolar) structure," Paula Moraga Baez, an astrophysical sciences and technology Ph.D. student from DeKalb, Illinois, said per Science Daily.

Baez said despite having a hot core star and high excitation states, the nebula retains vast amounts of molecular gas and dust.

He discovered molecular tracers of ultraviolet and X-ray light there, which are still shaping the nebula. The data from Hubble and other observatories at other wavelengths and the luminous molecules CO+ and HCO+ from NOEMA show how the central star's irradiation affects different regions of NGC 7027.

Experts had hoped to uncover structure that proved CO+ and HCO+ were spatially contemporaneous or wholly separate regions, which we did. This is just the second CO+ map of any astronomical source, and the first map of NGC 7027 or any planetary nebula in the molecule CO+.