Humans Could Possibly Produce in Mars: Sperm May Survive on Red Planet for Up to 200 Years!

Sperm cells can live on Mars for up to 200 years, making human reproduction viable, scientists claim.

It means that the only issue left is figuring out how humans would reproduce in Mars' microgravity.

Healthy Space Pups On Space; How Is It Possible? 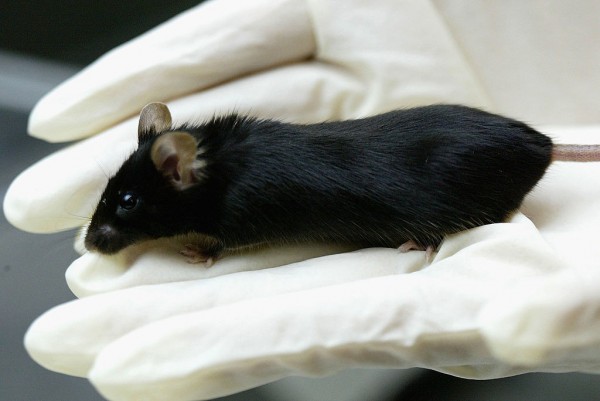 (Photo : Koichi Kamoshida/Getty Images)
TOKYO - APRIL 23: Kaguya, the worlds first fatherless mammal, is seen at a lab at the Tokyo University of Agriculture on April 23, 2004 in Tokyo. Kaguya was created by Tomohiro Kono of the Tokyo University of Agriculture and a group of researchers chiefly from Japan and South Korea. They have succeeded in creating a mouse without using a sperm donor, but instead used genetic data from two eggs.

Their findings were published in Science Advances on Friday. The study titled "Evaluating the Long-Term Effect of Space Radiation on the Reproductive Normality of Mammalian Sperm Preserved on the International Space Station" noted no Mousezillas or rodent Hulks yet.

Researchers discovered that the mouse sperm preserved aboard the space station was still healthy after six years.

They subjected it to X-rays on Earth and determined it did not affect fertility.

The sperm was freeze-dried and preserved on the International Space Station. It resulted in the birth of 168 healthy children after being returned to Earth and rehydrated.

Professor Wakayama also told The Daily Mail: "Many genetically normal offspring were obtained. These discoveries are essential for mankind to progress into the space age."

"When the time comes to migrate to other planets, we will need to maintain the diversity of genetic resources, not only for humans but also for pets and domestic animals," he added.

Wakayama told AFP (via Phys.org) that he was inspired by Heinlein and Asimov's science fiction and once aspired to be an astronaut.

Though he decided to pursue a career in science, his fascination with space exploration never faded.

According to Wakayama and colleagues, people will need to maintain the diversity of genetic resources in the future, not just for humans but also for pets and domestic animals.

The researchers believe that stored germ cells will be transferred by spaceships rather than real animals due to cost and safety concerns.

Getting to other planets necessitates leaving Earth's protective atmosphere and magnetic field, which reaches 400 kilometers (250 miles) above the surface and includes the International Space Station.

Wakayama said freeze-drying sperm improves tolerance compared to fresh sperm since the latter does not include water inside its cell nuclei and cytoplasms.

According to the team's estimations, freeze-dried sperm might be preserved on board the orbital outpost for up to 200 years.

Their research said in the event of a tragedy on Earth, humanity may also seek to transmit its genetic resources to other planets.

The study pointed out that scientists need to investigate the consequences of space radiation on frozen female eggs, and fertilized embryos before humanity take the next step into the space era.

The Perseverance rover, transporting Ingenuity to Mars, is scouring the planet for indications of life. Business Insider's Kate Duffy explained that perseverance is expected to traverse three miles across Mars in the coming months.

According to NASA, perseverance will use its journey to assist NASA better understand the geology of Jezero Crater and search the area for clues of ancient microscopic life.