Monkeypox Virus: Viral Zoonotic Disease Found in UK, What is This, How is it Transmitted?

In the past week, the United Kingdom has reported cases of Monkeypox, a viral zoonotic disease whose signs and symptoms are similar to smallpox, albeit being a rarer disease.

On Friday, June 11, the World Health Organization has released a news statement regarding the presence of a laboratory-confirmed case of monkeypox. A report from the UK and published by the WHO says that the patient arrived in the UK last May 8, 2021. Prior travel history reveals that the patient previously worked and lived in Delta State, Nigeria.

Local public health officials on the case said that the initial case was most likely acquired overseas and carried into the UK. Additionally, both cases were identified in at least two people from the same household. 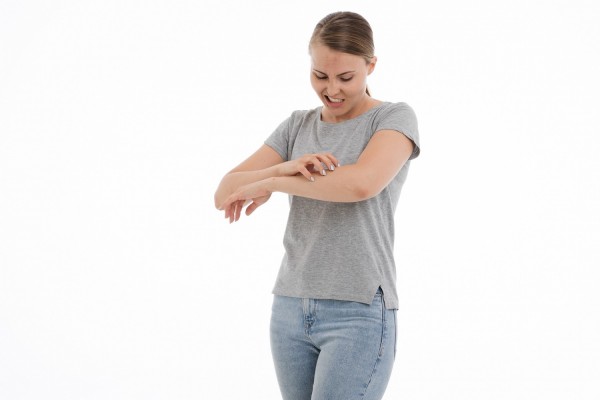 According to a 2019 article, also from the WHO, Monkeypox is a viral zoonotic disease, meaning it spreads between humans and animals. Caused by the monkeypox virus - under the Orthopoxvirus genus from the Poxviridae family, it mainly occurs in tropical rainforest areas of West and Central Africa, being occasionally carried by hosts to other regions.

The virus usually incubates for 6 to 13 days, though in some cases, it takes anywhere from 5 to 21 days. Infection with monkeypox is often divided into two periods. The first one, the "invasion period" that lasts up to five days, is characterized by intense headaches, swelling of the lymph nodes, fever, back pain, and muscle aches, and an intense case of weakness. More specifically, the swelling of lymph nodes, technically known as lymphadenopathy, is a distinct symptom that generally sets monkeypox apart from other similar diseases like measles, chickenpox, and smallpox.

The second period displays skin eruptions one to three days after fever. Additionally, rashes tend to appear more on the face and extremities more than anywhere else. Severe cases of the disease lead to lesions that could even coalesce and lead to sections of the skin sloughing off.

In 2019, a vaccine was approved to combat monkeypox. Additionally, traditional smallpox vaccines also offer cross-protection against its rare relative, though these are not widely available and easily accessible.

For the recently reported case in the UK, local health authorities have already deployed an incident management team and have implemented countermeasures such as isolation of the cases and conducting contact tracing. The UK has also relayed relevant information to the Nigerian National IHR Focal Point to conduct investigations on potential infection sources and exposures in the African nation.

In the US, the Food and Drug Administration has also approved Jynneos Smallpox and Monkeypox Vaccines intended for the prevention of these diseases for adults 18 years old and older.

The WHO has also advised the public to report any illnesses during travel or return to health professionals. This includes disclosing information about travel and immunization histories. Also, residents and travelers to countries endemic to the disease should avoid contact with sick animals that might carry the monkeypox virus, as well as staying away from eating or handling bushmeat or wild game. Lastly, hand hygiene by washing with soap and water, or alcohol-based sanitizers, should be stressed.

Check out more news and information on Zoonotic Diseases in Science Times.