On the other hand, according to astrophysical observations, SMBHs first existed while the known universe was in its juvenile stage. A billion solar mass black holes can be found back when the universe was only 6% of current age, roughly 13.7 billion years ago.

Hence, the question now is how do supermassive black holes originate during the early universe?

What is a Supermassive Black Hole? 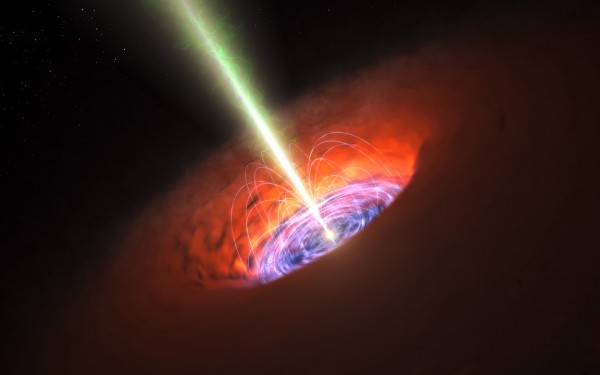 Black holes, according to NASA, are points in space where there is intense gravity pull that even sucks in light. Gravity is strong because matter has been forcibly squeezed into minuscule space and typically occurs when a star is dying.

Since black holes do not allow light to escape, it is next to impossible to see black holes. Only using specialized telescopes are scientists able to find black holes and measure their characteristics.

A team led by Hai-Bo Yu, a theoretical physicist from the University of California, Riverside, came up with the explanation that it began with a massive seed black hole produced by the collapse of dark matter halo.

Dark matter halo is characterized by the invisible matter that surrounds a cluster or singular galaxy. Although dark matter remains undetected in laboratories, physicists remain adamant that the mysterious matter makes up roughly 85% of the known universe's matter.

Hai-Bo Yu says to EurekaAlert, that until today physicists have remained puzzled on why supermassive black holes in the early universe, located in the central regions of dark matter halos, grow to such extent in a short amount of time.

Yu adds that when referring to black holes, physicists have expectations regarding the mass of a seed black hole and its accompanying growth rate. However, the presence of supermassive black holes suggests that the established general expectations have been violated, which means more knowledge is necessary.

A study published in the journal The Astrophysical Journal Letters, entitled Seeding Supermassive Black Holes with Self-interacting Dark Matter: A Unified Scenario with Baryons, theorizes that the origins of supermassive black holes could have stemmed from massive seed black holes, or it grows at a much faster rate than scientists previously believed or both.

The novel research highlights the importance of baryons, atomic and molecular particles, that can significantly hasten the onset of the gravothermal collapse of the halo and seed black holes.