A deadly disease that initially started to affect deer on Vancouver Island in 2020 is still spreading in local populaces, the provincial government recently announced.

A CTV News report said, according to a spokesperson for the Ministry of Forests, Land, Natural Resource Operations and Rural Development, out of 36 dead deer examined by the ministry since the beginning of the year, 22 have had adenovirus hemorrhagic disease or AHD.

The province officials said this disease typically kills deer fast by leading to impairment to small blood vessels in the lungs and intestines.

Nonetheless, it can result in chronic diseases, including ulcers and abscesses in the mouth and throat of a deer.

ALSO READ: Deer From Tennessee Has Hairy Eyeballs Due to Bizarre Condition, Can Humans Get Dermoids Too? 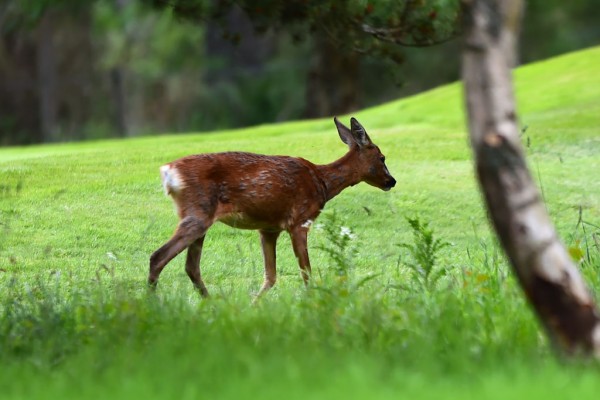 According to the BC government, there is no evidence of AHD transmission to humans, pets, or livestock. Nonetheless, hunters are still being cautioned not to eat any meat from deer, specifically, those that have been found dead, appear ill or are acting abnormally before they died.

The ministry said it continues to investigate the transmission and persistence of the disease, and it is asking whoever sees dear with AHD to contact it.

In an email, the spokesperson said the province remains interested in collecting more specimens for ongoing investigation and welcome reports of deer, regardless of age, with clinical indications of foaming and drooling at the mouth, dark-colored diarrhea, and difficulty breathing.

Earlier Report of AHD in Deer

In August 2020, The Sacramento Bee, through MSN News, reported an outbreak of a "disease sickening and killing dear" in at least five nations statewide, has urged the California Department of Fish and Wildlife to ask residents to stop feeding wild animals and to report probable cases to the department.

Adenovirus hemorrhagic disease, which, as earlier mentioned, causes widespread death in deer and cannot be treated or does not have any vaccine, had also been found in Santa Clara, Yolo, Napa, Sonoma, and Tehama countries. The disease is unknown to affect humans, domestic livestock, or pets.

Additionally, AHD can leave deer dead, frequently by water, minus any evident symptoms. Sick deer may foam or drool at the mouth.

They might experience vomiting, seizures, or diarrhea, too. Deer fawns, on the other hand, experience the highest mortality rates after infection, although the illness can substantially affect populations of deer in general.

At the time of this report, CDFW started to receive rising reports of death in deer, both free-ranging and at farm rehab facilities in May.

Together with wildlife rehabilitation facilities and the California Animal Health and Food Safety Laboratory, CDFW confirmed CdAdv-1 or Cervid Adenovirus 1 as the cause of such outbreaks.

In BC, any individual who suspects a deer may have adenovirus hemorrhagic disease needs to contact wildlife veterinarian Caeley Thacker from the ministry's resource stewardship division through email caeley.thacker@gov.bc.ca. The ministry said they might also call (250) 751-3234.

Check out more news and information on Deer on Science Times.