Dinosaur footprints were discovered at Folkestone, Kent. The set of footprints were traced back to six varying dinosaur species that set foot on the soils of the UK. The new discovery suggests that gigantic owners of the footprints inhabited the exact spot in an estimate of 110 million years ago. 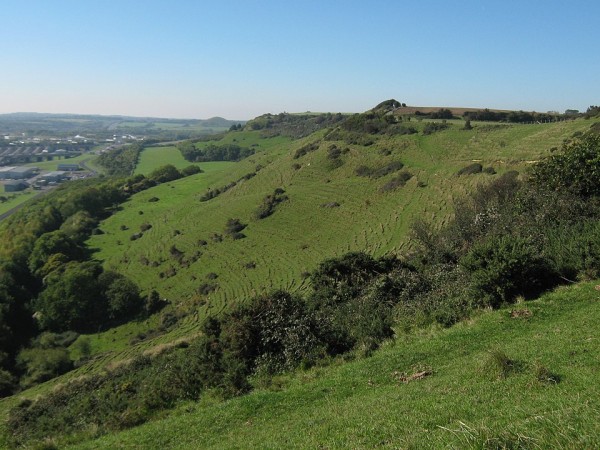 Hastings Museum and Art Gallery curator and University of Portsmouth experts were responsible for the identification of the last recorded roaming dinosaurs in the UK through the set of footprints.

David Martill, a Paleobiology professor, said that the unearthing of the footprints was the first for the strata Folkestone Formation. Based on the data gathered from the strata, it is confirmed that there were dinosaurs in the region before they went extinct. Martill added that it is astonishing to know that the ancient species of dinosaurs have walked the soil near the area's peaceful cliffs, specifically the White Cliffs of Dover, reports BBC.

The discovery of the footprints formed by the hundred-million-year dinosaurs that were in the UK was pretty much the same as other methods of footprints excavation. The fossils from those footprints were formed through the layers of the ground, preserving it through ages untouched until the sediment's formation is discovered.

According to a study published in the journal Elsevier entitled The youngest dinosaur footprints from England and their palaeoenvironmental implications, the set of footprints found in the Folkestone belongs to six various species of dinosaur. The owners of the footprints were highly diverse in the UK, specifically in southern England. The creatures were identified as a part of the Early Cretaceous period, and ancient era over 110 million years ago.

The dinosaurs include several species such as the famous three-toed carnivorous Tyrannosaurus rex, the bird-hipped herbivore ornithopods, and the ancient tanks ankylosaurus, with a body full of armor.

Cliffs and Shores of Folkestone Hotspot for Cretaceous Period Dinosaurs

Hastings Museum and Art Gallery's curator of collections and engagements, and principal author of the study, Philip Hadland stated that he was initially baffled by the set of footprints at Folkestone, finding it in the form of unusual rock formations back in 2011. He determined that the repeating pattern of the rock formations is possible to be ancient footprints, Science Daily reports.

Hadland added that geologists were familiar with the area, so the presence of the footprints must be known before. However, Hadland still pursued observing the footprints and looked for more sets. Some of the footprints naturally presented themselves with the help of tides, causing enormous erosions. As the curator unearthed more footprints, he found better fossils for study.

With the number of footprints increasing, Hadland estimated more work load. To properly research the fossils and prove its validity to the scientific community, Hadland teamed with the University of Portsmouth scientists to verify the existence of the dinosaurs in the region.

The dinosaurs who pressed their foot on Folkestone's soil took advantage of coastal foreshores, utilizing tidal exposures for harvesting food produce and marking migration routes. Part of Kent and most of the United Kingdom were beneath a shallow sea in the Late Cretaceous period, and the markings at the Folkestone Formation was an evident hotspot for the dinosaurs.