With the current state of the pandemic situation, the United Nations reports the next 'pandemic' that awaits us. Along with the spike in global disease, some aspects that can ignite drought are now overlooked in most countries. This includes the changing climate, negative ecological impact due to increase in population, and the atrocious water management systems. 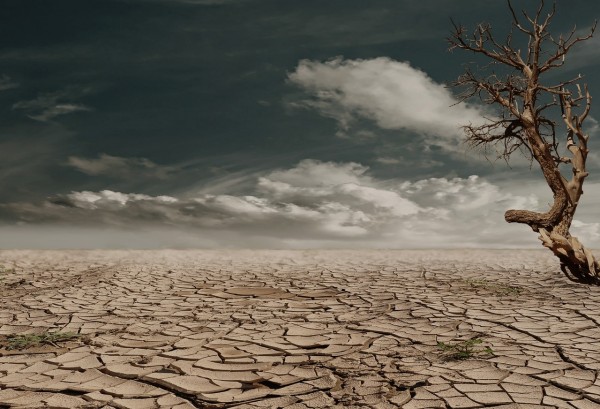 According to the latest report published by the United Nations Office for Disaster Risk Reduction UNDRR entitled "GAR Special Report on Drought 2021," there are many impending risks we should look out for in the coming years. The negative situations listed on the report are results of rainfall decrease and other current causes of drought. The report also includes potential methods on how to cope with water shortage.

Human-induced climate change results in global warming and can bring disaster to water supplies. Authors of the UNDRR report said that due to the change in climate, there are some regions in several countries that have their water redistributing water chains negatively, and most of these regions already experience water scarcity.

Based on the report, the countries are seemingly eager to race and exceed the 2°C global average cap. Most of the industrial regions, especially the ones included in the business-as-usual category, are subconsciously contributing to drought and melting the ice caps on the Antarctic sheet.

Over the past two decades, an estimate of 1.5 billion individuals from across countries were already affected by drought. The economic impact of the drought costs more than 124 billion dollars, and counting. The UNDRR authors implied that there is a normal gap in between the reported losses and actual impacts of the drought. The numbers based on the data gathered should be taken as conservative as it is. In addition, the true value of estimates from economically developing nations are not included.

Severe Drought Could Be the Next 'Pandemic'

Remote regions and developing countries both experiences severe drought, and nearly a fifth of the global population are located in areas with high risk of water scarcity. The report states that by the end of the century, 130 countries will begin to experience the effect of drought, with 23 countries affected by massive water shortage, and another 38 that will face both.

Drought is like a virus that stays and wreaks havoc on a global-scale, Muzutori emphasized. It can totally affect nations that are not even experiencing drought, and have outstanding food security. For example, in a separate study published in the journal Nature Communications entitled "Cross-border climate vulnerabilities of the European Union to drought," over 40 percent of the agricultural imports of the European Union are predicted to become highly vulnerable due to the drought by the mid-century of our age.

UN Convention to Combat Desertification's executive secretary Ibrahim Thiaw explained that along with poor water management, subpar land management systems also have a part in the global drought risk. He implied that the effect, specifically the deteriorating of soil, had brought us to a point of no return, reports Thomson Reuters Foundation News.