Tikal, an ancient Maya city was once a bustling metropolis that tens of thousands of people called home. It had towering pyramids, paved plazas, comprised roads, temples, and pleased for residents to call home, all supported by agriculture and nature.

University of Cincinnati researchers now say that the Tikal Reservoir, a vital source of potale drinking water lined with wild vegetation and trees was a scenic park filled with natural beauty at the heart of the bustling city. 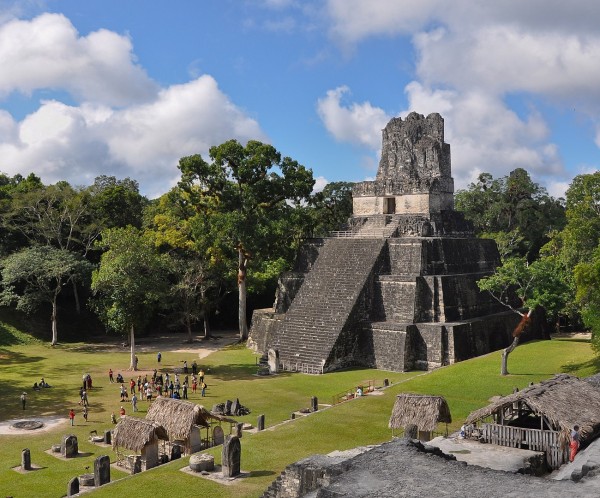 Deep in the rainforests of northern Guatemala lies the ancient complex Maya city of Tikal according to History. Historians theorize that more than 3,000 structures were once on-site and are now remains of the Mayan city known as Yax Mutal, the once-proud capital of the most powerful ancient empire. Some of its structures have been dated to the 4th BC.

From 200-900 AD Tikal was a critical city in the empire of the Maya. The Mayan ruins have been a part of the national park in Guatemala since the 1960s and in 1979 was named as a UNESCO World Heritage Site.

Historians believed that as far back as 1000 BC thousands of people lived in the bustling city of Tikal. Archeologists found evidence of agricultural activity in the site dating back to 700 BC.

By 300 BC major constructions including large Mayan pyramid temples have finished construction. Around 900 BC the city, like many Mayan empire cities, took a sharp decline. Decades of warfare began to take their toll. Historians suspect that around the same time the empire fell victim to series of epidemic disease outbreaks and droughts, a period known as the collapse of Classic Maya.

Parks in the Tikal Reservoir

In a study published in the journal Scientific Reports, entitled "Environmental DNA reveals arboreal cityscapes at the Ancient Maya Center of Tikal" researchers from the University of Cincinnati developed a novel system to efficiently analyze ancient plant DNA in a first-of-its-kind sequencing in the sediments of Tikal temples and palace reservoirs to investigate more tan 30 plant species along its banks more than roughly 1,000 years ago.

David Lentz, a paleo-ethnobotanist and professor of biology at the UC and lead researcher says to Science Daily that the findings of the DNA sequencing showed the most of the city center of Tikal was paved with lush greenery. He adds that it would make sense that the city would have nice and cool along the reservoir.

Researchers discovered evidence of a wide variety of plants thriving along with the aquifers including cabbage bark, trees, and Ramon that tower at 100 feet high.

Nicholas Dunning, co-author of the study and a professor of geography at UC adds that since Maya was a forest culture with a cosmology that included multiple forest elements having sacred groves adjacent to the spring and pool at the city's heart are a potent symbol of the deep respect and consideration of the once famed civilization on nature and its surrounding forests.

Check out more news and information on Archeology in Science Times.