Space App Camp: Here's How to Join ESA's Event to Win $2,900 in Creating an App to Make Earth Data Public

The European Space Agency (ESA) announced on Monday, June 21, that they are looking for 25 committed mobile app developers and specialists in artificial intelligence and machine learning to join this year's Space App Camp.

The program will be held via a virtual event for over eight weeks, beginning on July 20 and will end on September 20. Space App Camp aims to make Earth observation data accessible to a wide range of people via their smartphones and personal devices. 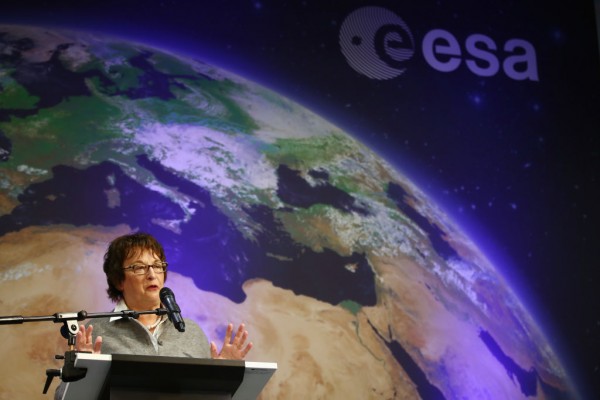 What is ESA's Space App Camp All About?

The increasing number of smartphone users and computers have brought a wealth of business opportunities to develop applications. Subsequently, there is a vast amount of data on Earth observation that can be used to create new mobile apps while exploring the advantages of artificial intelligence, machine learning, data science, and others.

SciTech Daily reported that the Space App Camp participants would be introduced to the Copernicus data and learn how big data from space could be used to make new types of mobile apps using a dedicated API for Earth observation.

This is the first time that the camp is offering an enhanced mentorship program that involves a partnership with mobile app developers in eight weeks. ESA's Space App Camp will offer the mentoring program to 25 dedicated participants to bridge the Earth observation data and applications with the commercialization strategies.

According to the Space App Camp's website, residents from an ESA Member State, including the Cooperating State of Canada and the Associate Member States of Latvia, Lithuania, and Slovenia, may join the program.

Interested eligible candidates must submit a completed online application form, links or reference to apps that they have previously developed and/or published, and other proof of being a mobile developer or specialist in artificial intelligence and machine learning.

Candidates are welcome to apply solo or by a team with four members. After selection, those not in teams will be grouped into teams.

What Can You WinFrom ESA's Space App Camp?

Since its launch ten years ago, the Space App Camp has already met 480 developers from 30 countries and developed more than 60 applications, wherein some of which have already been in use into commercially viable applications.

According to the website, winners could win up to $2,900 (EUR 2,500) that will be equally distributed to the winning team. They could also have the opportunity to participate in the week-long ESA's Living Planet Symposium from May 23 to May 27 in Bonn, Germany. It is all-expense-paid trip care of ESA, which includes the participation fees, travel, and accommodation.

RELATED ARTICLE: Want to Go to the Moon? ESA Is Looking for Astronaut and "Parastronaut" Positions; Here's How to Apply

Check out more news and information on the European Space Agency in Science Times.