Venus Clouds 'Too Dry' to Support Life; What About Jupiter?

According to a new study, the amount of water in the clouds of Venus and most planets in the solar system is much too low to support life as we know it. Researchers claim, however, that Jupiter's clouds offer the right water conditions for Earth-like life.

This discovery also suggests that most — but not all — overcast planetary conditions are unsuitable for life.

Experts published the study titled "Water Activity in Venus's Uninhabitable Clouds and Other Planetary Atmospheres" in the journal Nature Astronomy. 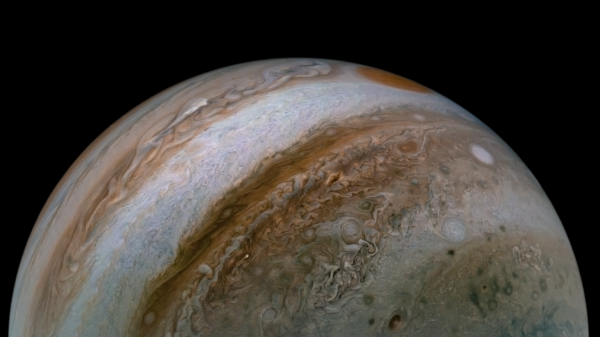 The findings appear to contradict prior studies claiming that phosphine gas in Venus' atmosphere is an indicator of probable life in the planet's clouds.

Although phosphine is connected with life on Earth, many scientists have remained skeptical of the presence of living organisms in Venus' clouds, owing to the fact that they are primarily constituted of sulphuric acid, which is harmful to the cellular structures that support life.

One of the study's authors, Dr. John E Hallsworth of Queen's University Belfast's School of Biological Sciences, said that they looked at the effective concentration of water molecules, which they scientifically dubbed water activity.

They discovered that the effective concentration of water molecules is not only somewhat lower than what is required for the most durable bacteria on Earth, but it is also more than 100 times too low.

"It is almost at the bottom of the scale and an unbridgeable distance from what life requires to be active," Dr. Hallsworth said per Debryshire Live.

All of the planets that orbit the sun are dwarfed by Jupiter, the gas giant. It is gigantic, and it is known for its clouds, just like Venus. When the researchers looked at the water activity in Jupiter's atmosphere, they discovered that it was high enough to allow bacteria to live there.

Hallsworth stated that they had not anticipated such an outcome.

The scientists used data from NASA's Galileo mission, which launched in 1989 and deployed a probe into Jupiter's atmosphere in 1995, to discover that there are conditions suitable for life beneath Jupiter's churning, spinning face.

Chris McKay, a planetary scientist at NASA's Ames Research Center and co-author on the research, claimed in a news conference (per CNet) that at least one layer in Jupiter's clouds meets the water requirements.

He stated that they would have to show that there is a naturally available energy source and all of the necessary nutrients for life.

The findings go far further into the solar system. The team does not have any probe data to judge if the water activity on Saturn, Neptune, or Uranus is high enough for life to survive. Hallsworth comments, though, that he "would not expect any of them to have a layer of high-water activity," and that they are much colder than Jupiter, making life much more difficult to establish.

What about going even further? Is there anything outside the solar system? Exoplanet scientists may be able to assess the habitability of faraway places in the cosmos by studying the water activity in their atmospheres with NASA's James Webb Space Telescope, which is planned to launch in October.

RELATED ARTICLE: Venus: Why the Hellish Planet is Exciting Scientists and Astronomers