Experimental African Houses: How Can These Homes Keep Mosquitoes, Malaria Away

Science and health news agencies recently reported a field test of experimental African houses has proven that when carbon dioxide flows out, mosquitoes stay out, as well.

When Steve Lindsay first traveled in 1985 to the Gambia, WIRED reported, he met a man who lived in Tally Ya village whom he said he recalls as "the professor" who knew how to keep the mosquitoes away.

Knowing how to keep the insects away, this report specified, is a big deal for those living in this small West African country, serving as the namesake for one of the deadliest bugs on Earth-the Anopheles gambiae.

Lindsay, a public health entomologist at the United Kingdom-based Durham University, said, perhaps, it is the best vector of malaria worldwide.

The illness kills more than 380,000 people each year in Africa, about 93 percent of whom are aged below five years old, UNICEF data shows.

Essentially, the mosquito is exploiting the behavior of humans by feeding at night, when people are asleep, spreading the Plasmodium parasite that causes flu-like symptoms, organ failure, and even death. Lindsay explained, it is adapted for entering houses and biting people. 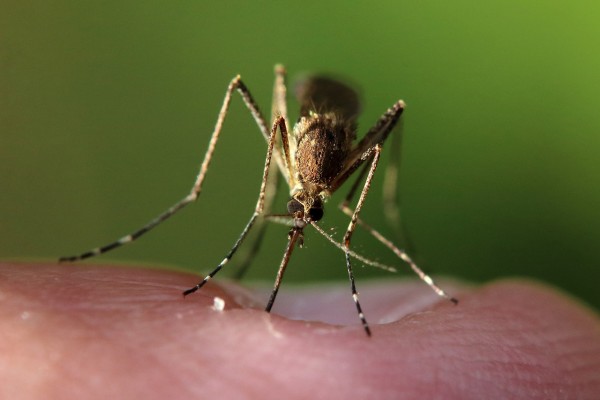 (Photo: Emphyrio on Pixabay)
A report said, sleeping people serve as an ‘unguarded buffet’ for mosquitoes, which are attracted to carbon dioxide.

Unfortunately, a lot of houses in the Gambia are not very well adapted for keeping the mosquitoes out. Sleeping people serve as an "unguarded buffet" for mosquitoes, which are attracted to carbon dioxide.

A home full of stagnant breathed out air, and the complex cocktails of body odor, lure the insects in like flesh-seeking missiles.

In relation to this, mosquitoes are able to enter since many of the houses are built with thatched roofs made of mud and dry vegetation, which frequently leaves gaps beneath the eaves.

The houses usually do not have windows, and when they do, they usually do not have screens. And while there is a solution existing for this problem, like insecticide-treated bed nets, they exacerbate the discomforting heat. That then is a big reason people are not always using them.

The professor had learned that the way to avoid mosquito bites was not just nets but architecture, as well. He filled in the holes in the eaves of his home.

When asked why he did that, Lindsay recalled the professor saying, so he could fewer mosquitoes coming in.

But the professor's Lindsay recalled was two meters high, under a tree. When asked why he built his "Banta ba" up there, the professor reportedly answered, the height was a strategy to avoid mosquito bites.

Beginning in 2017, the team of Lindsay started to build small experimental huts to test which particular designs would keep mosquitoes out and let people stay cool, not to mention comfortable.

Their tweaks, ranging from adding small windows with screens to homes on stilts, resulted in a big difference. Some configurations, as indicated in this report, dropped mosquito entries by up to 95 percent.

The researchers published results of their study, "The relationship between house height and mosquito house entry: an experimental study in the rural Gambia," in two reports of the journal the Royal Society Interface.

The tests for the effectiveness of experimental African houses were conducted near a rice field. The mud houses which have metal roofs built to test which specific design options best stop mosquitoes were deliberately designed to let some of the insects in.

They all poorly fitting doors because such gaps are reflecting a typical mosquito entry point in rural homes. Volunteer participants from the neighboring Welingra Village signed on to sleep two each house, and the study authors set up light traps, which attract female mosquitoes with light and suck them into a net with a fan. It is important to note that male mosquitoes are not feeding on people, neither do they spread disease.

Raised House to Keep Mosquitoes Away

In 2019, the team constructed another set of houses, this time, those that could be elevated, heeding back to the extra-tall platform of the professor.

Mosquitoes tend to hunt just a few feet off the ground. Therefore, a raised house, the researchers hypothesized, would get humans out of their way.

The wood, as well as in homes, which sat on stilts, could be elevated up to three meters high from the ground, using a pulley system, like the kind mechanics are using to pull engines out of vehicles.

Related report about malaria in Africa is shown on Al Jazeera English's YouTube video below:

RELATED TOPIC: Crab Shells: The Best Way To Get Rid Of Malaria Virus

Check out more news and information on Malaria in Science Times.