Aspirin Could Cut the Risk of Dying From Cancer by 20%, Study Reveals

Aspirin is the cheap and effective over-the-counter painkiller that people take to relieve the painful sensation that they feel. But a new study suggests a new role for aspirin.

Researchers from Cardiff University, led by Professor Peter Elwood, found that aspirin could dramatically cut the risk of cancer deaths by 20%, compared to those cancer patients who did not take the drug.

The team found that the painkiller appears to reduce the metastatic spread within the body, according to Daily Mail. They added that their study suggests that serious consideration must be given to using aspirin alongside, and not instead of, other therapies to treat cancer.

They recommend for cancer patients must be encouraged to raise the topic of taking aspirin to their doctors. 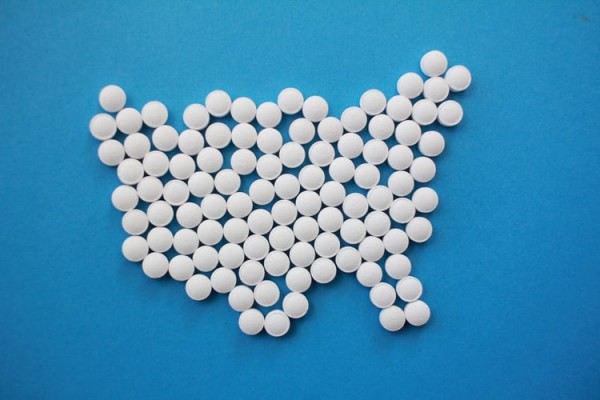 (Photo: Unsplash)
Aspirin Could Cut the Risk of Dying From Cancer by 20%, Study Reveals.

The study, entitled "Aspirin and cancer survival: a systematic review and meta-analyses of 118 observational studies of aspirin and 18 cancers," published in eCancermedicalscience, involved patients with 18 different kinds of cancer in which result showed that taking aspirin could be beneficial in managing the spread of cancer.

"There is now a considerable body of evidence to suggest a significant reduction in mortality in patients with cancer who take aspirin," Express quoted Elwood. "And that benefit appears to not be restricted to one or a few cancers."

Out of 250,000 cancer patients in their study, they found that those who are taking aspirin have a 20% lesser chance of dying from cancer than those who did not take aspirin. But the researchers noted that this is only an observational study and thus does not prove a cause and effect phenomenon.

But the study does justify the use of aspirin as an adjunct treatment in many types of cancer. Researchers also emphasize that aspirin should only be taken alongside cancer treatment and not as a possible alternative treatment.

The blood-thinning properties of aspirin mean that it is also linked to dangerous bleeding. This makes the cheap painkiller an unsuitable daily drug for some people, Yahoo! Life reported.

Cardiff researchers wrote in the study about this side-effect to better understand its extent. However, they noted that fatal bleeding is rare. More so, none of the authors reported any cancer patients dying from excessive bleeding brought by the aspirin.

The scientists said that the biological effects of aspirin seem to be significant to cancer in general. The team analyzed over 100 studies in their review, but they pointed out that over 1,000 aspirin-cancer trials are carried out every year.

Further studies are needed to know the clear great value of aspirin on cancer patients. These new studies should be able to encourage aspirin's use as an additional drug for cancer, especially those less common types.

Check out more news and information about Cancer in Science Times.