Asteroid Ryugu's first sample had recently arrived at NASA's Johnson Space Center. Last December, the Japan Aerospace Exploration Agency JAXA had the samples gathered from the asteroid through their spacecraft Hayabusa2. The recent sample acquired by NASA was the first to leave Japan for additional examination. 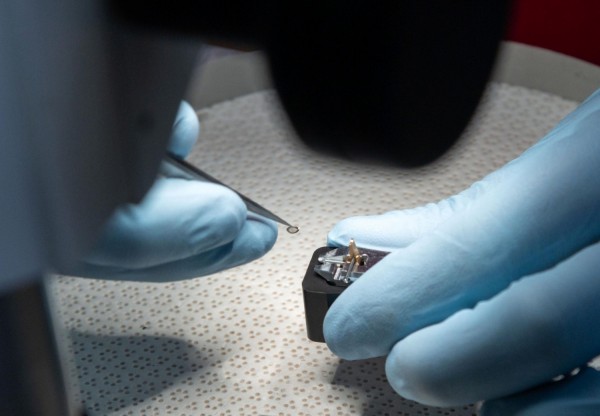 Scanning Electron Microscopy Lab was used to get data and information from the asteroid's sample. Amazingly, the analysis showed results in just five days. Zolensky is among the few experts that received samples of the Ryugu asteroid for a science investigation.

Before NASA received the samples, Hokkaido University was the first to study the Ryugu samples. Among the interest of the asteroid research was to trace and understand more about how the universe was formed and how life was originated.

Asteroid Ryugu samples, however, were limited. The collected fragments were only about 100 milligrams or less in total. Horiba Techno Service was the facility used to perform the analysis. Horiba was recommended by researchers because of the facility's unparalleled X-ray technology that can relay data from a micro-sample down to 1 milligram. Further observations were conducted in other facilities after the initial analysis, including the prestigious Tokyo Institute of Technology.

Ryugu Key to Origin of Solar System, Water, and Life

Ryugu is an asteroid charted between the spatial boundaries of Mars and Earth. Astronomy experts tagged Ryugu with a primitive C-type classification. This asteroid class is usually full of various types of minerals and rocks. C-type asteroids are normally discovered with a black appearance, with large carbon quantities.

Ryugu is dubbed as a fossil of the solar system, as it is believed to contain remnants of organic matter and even water that dates back 4.6 billion years ago, contemporaneous with the origin of our solar system.

Hayabusa2 was the first craft to obtain samples from Ryugu's surface. December last year, the craft was able to collect samples after six years of its initial launch. The samples include 5.4 grams of rock and sand from both Ryugu's surface and subsurface.

JAXA relayed the first samples to the experts at the University of Tokyo and the University of Hokkaido for a comprehensive study. The experts were divided into teams that specialize in a specific subject for a more detailed study. Additional institutes have partnered to join the study and run a validation process for the gathered data.

The key interest of the study conducted by JAXA and NASA was to find evidence that will correlate the composition of Ryugu and our planet. The findings that will be extracted from this study will gradually help experts in answering how the solar system formed, how the water originated on Earth, and how evolution produced life, JAPAN Forward reports.