Interstellar Object Oumuamua Could Be Reached by Satellite with Solar Sail

In 2017, an interstellar object or ISO was identified as it passed through our solar system. Experts have observed that the ISO, also known as Oumuamua, comprises surprising properties that are least expected to be onboard the asteroid. Oumuamua has a weird structure that is not normal for a typical asteroid, such as an elongated shape. What's more, is that the ISO changed its trajectory in contrast to the expert's expected direction. 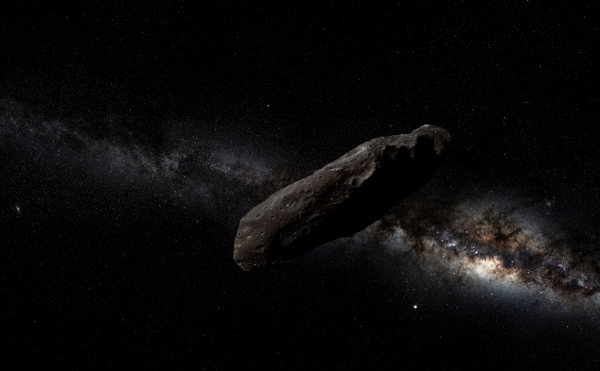 Astronomy experts theorize that Oumuamua is a hydrogen iceberg that emits a large volume of gasses, or a craft fragment hovering freely in space. However, the questions surrounding the ISO will never be answered as it propels too fast.

Fortunately, scientists believe that we may still have a chance to examine the ISO. A suggestion surfaced regarding the matter, and the plan is straight to the point. To catch the ISO on its course, experts suggest that a craft that can match its speed could be created reports Daily Mail.

The idea of intercepting the interstellar object had already been eyed by astronomers in the past, and an actual design was already constructed by Ultra Safe Nuclear Corporation-Tech or USNC-Tech through NASA's Innovative Advanced Concepts NIAC program.

The suggestion to catch up with Oumuamua was published in the journal arXiv entitled "A Fast Response Mission to Rendezvous with an Interstellar Object." The paper proposes a design that could make us the right to the chartered location of Oumuamua. The design includes a combination of solar sail technology and lightweight technology. With this design, experts believe that we'll be able to catch up with the ISO and, ultimately, be able to get answers from the mysterious object.

Reputation of Solar Sail and CubeSats

Solar sail is evidently efficient at space missions, as it uses photons emitted by the sun for acceleration. And due to the success of the propulsion system, the solar sail had been the best bet by experts for the ISO interception. It demonstrated its capabilities from other space missions, including the Japan Aerospace Exploration Agency JAXA's venture to Venus via IKAROS, and Planetary Society's LightSail2 mission were all powered by a solar sail.

CubeSats, another technology that was utilized in other missions, also exhibited its features by NASA's Jet Propulsion Laboratory. Among the ventures in which the CubeSats were involved was the InSight landing project that is bound to conduct observations to Mars.

On the other hand, the plans on using solar sails to intercept Oumuamua face a little problem. The solar sail should be further experimented with to withstand solar heat, as the ISO mission requires the craft to travel close to the sun. If the test flight pushes through, the solar sail must be equipped with Kapton aluminum coating.

But considering that the plotted interceptor will be the most closer to the sun than any crafts that traveled, additional research is being conducted to prevent the craft from melting. Another factor that might affect the expedition is the weight of the interceptor, slowing down the travel time and being left in the void by the Oumuamua, reports Universe Today.