Understanding the Past of Shark Communities 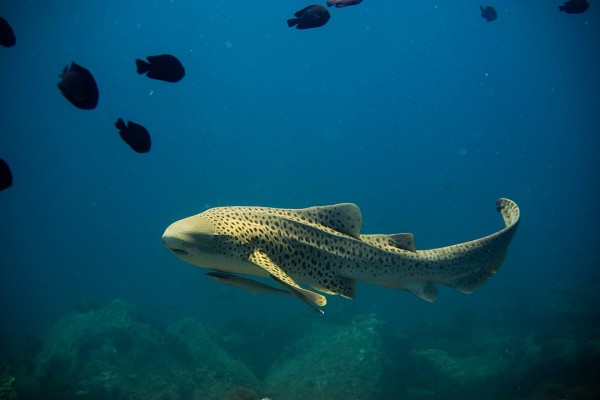 Anthropogenic activities such as pollution and industrialized fishing have had a devastating effect on the shark population within the last few decades. This had caused shark populations to steeply plummet by 90% worldwide compared to their numbers when records first began in the mid-20th century, reports the Washington Post.

On the other hand, scientists concerned with baseline data reflected on shark communities that, in the past, have felt the devastation of significant decline. Researchers compared shark scales from the Panamian coral reef from roughly 7,000 years ago to reed-sediments today to identify how reef-associated shark communities change since humans started using marine resources in the same area.

The results of the study published in the journal Proceedings of the National Academy of Sciences suggest that shark abundance in the said region declined by about 3 times since prehistoric times, with faster-swimming varieties taking a much harder hit. A conclusive chunk of the results is echoed in known historical records that show sharks in Caribbean Panama were the most to take a toll in the past century.

Dillon explains in a statement with UC Santa Barbara that the results gathered to paint a new picture into what a healthy shark community would look like on coral reefs before anthropogenic activity. She adds that the study can set more specific and appropriate location baselines for future management and conservation efforts.

Uncovering the Mysteries of Shark Scales in Panama's Caribbean Coasts

To uncover the mysteries of the past, researchers often had to rely solely on microfossils and attempt to reconstruct complex ancient ecosystems. Seemingly mundane items such as pollen grains, scales, plankton shells, and more provide scientists with a plethora of information regarding the conditions and denizens of the past ecosystems in the area that aren't always preserved within large fossils.

Dillon and her team of international researchers could access fossil reefs in Bocas del Toro, Panama's Caribbean coasts. These ancient reefs are normally entombed under living coral; luckily, construction had exposed the site enabling researchers to amass numerous samples over several years before the site was filled in.

The collected sediments were then examined using radiometric dating to estimate their age. Using this method, the authors of the study were able to date the coral samples to be roughly 7,000 years old.

By utilizing shark scales in order to reconstruct the past abundance and ripe diversity is a relatively new technique and is the first time that it's been applied to answering questions regarding shark management and conservation.

Dillon says that before the study was conducted, the researchers had no idea how to answer the question of how abundant shark communities were on intact coral reefs before human activity had an impact, reports SciTechDaily.

Check out more news and information on Marine Biology on Science TImes.