Methane Plumes on Enceladus: Could the Saturn Moon Host Life?

Scientists found methane from a sample taken from Enceladus, one of the many moons of Saturn. And as the gas is formed, it raises a question: could there be life on the giant satellite?

During its long flight into Saturn, Cassini passed through Enceladus - the ringed planet's sixth-largest moon - and in 2014, established that there is a liquid ocean underneath its frozen surface. Additionally, Cassini captured a plume of ocean material shot upwards unto space, and the data from the sample suggests the presence of alkaline hydrothermal vents on the moon's seafloor.

Now on Earth, similar deep-sea vents host microbial ecosystems that contain a lot of methanogenic archaea. A 2008 study explains these archaea as single-celled organisms that produce methane (methanogens) as a byproduct of their metabolic processes. A team of researchers used a statistical approach to provide the possibility of methanogenesis explaining the plume shooting out of Enceladus. 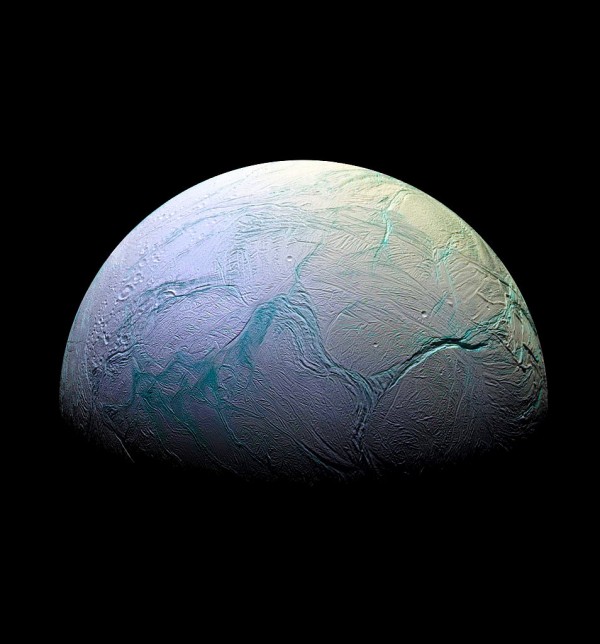 Establishing a Model That Could Prove Methanogenesis

In their paper, "Bayesian analysis of Enceladus's plume data to assess methanogenesis," appearing on the latest Nature Astronomy journal, researchers used a Bayesian statistical approach to quantify the odds of methanogenesis being responsible for the ejection of hydrogen and methane molecules.

"We wanted to know: Could Earthlike microbes that 'eat' the dihydrogen and produce methane explain the surprisingly large amount of methane detected by Cassini?" shares Régis Ferrière, a co-lead author in the study and an associate professor from the Department of Ecology and Evolutionary Biology from the University of Arizona, in a university press release. He additionally explains that the microbes that create methane, called methanogens, would require an extremely challenging deep dive mission into Enceladus - a technology that would take decades to realize.

To establish an estimate without the future technology, they made mathematical models combining existing geochemistry and microbial ecology data to analyze the plume data from Cassini and generate models that could describe the processes that make the methane shot possible on the Saturn moon.

Researchers then concluded that the microbial hydrothermal vent activity could explain the escape rate data on Cassini or that there are processes that do not involve methanogens or any other life form and are different from the ones known to happen on Earth.

How Methanogens Synthesize Here on Earth

Hydrothermal activity on Earth is often the result of cold seawater entering cracks and holes on the ocean floor and circulates through the solid layer, moving close to an underwater heat source like magma chambers. These magma deposits heat the water and cause it to shoot out through hydrothermal vents.  However, most of this activity on Earth is advanced by methanogens that thrive on dihydrogen as a product of hydrothermal movement, producing methane from carbon dioxide in a process known as methanogenesis.

In the case of Enceladus, researchers looked into possible hydrothermal processes that would fit with the known situation on the Saturn moon and see if this production process could sustain lifeforms similar to Earth's methanogens. They generated a mathematical model and ran simulations to see how factors such as dihydrogen concentration and temperature ranges would allow microbes to grow as well as their effect on the environment.

Ferrière explains that their study does not conclusively say if life exists on the oceans of Enceladus. Rather, they present the odds that the conditions in the hydrothermal vents of this Saturn moon could host lifeforms similar to those on Earth.

Check out more news and information on Saturn in Science Times.