A new study finding recently offered the potential of developing drugs for the activation of a pathway to improve the efficacy of vaccines, including COVID-19 vaccines.

Such medications, Technology Networks reported, could activate the immune system to respond more robustly after immunization to generate more antibodies against a bacterium or virus.

This research, led by the Department of Immunology's Hongbo Chi, Ph.D., also presents the foundation for drugs that dial down the pathway to ease autoimmune diseases like lupus. In such conditions, an overactive immune system is producing antibodies that attack tissues of the body. 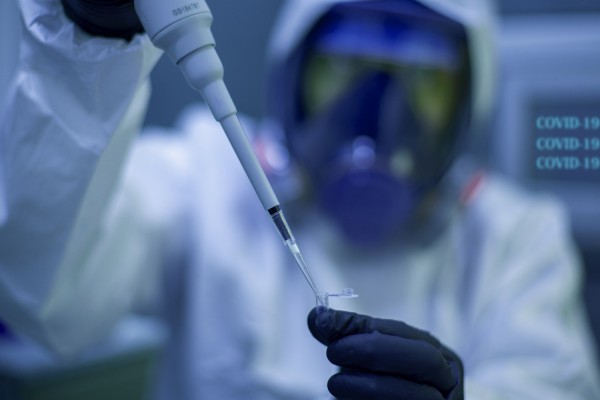 (Photo: fernando zhiminaicela on Pixabay)
Researchers are currently exploring whether they can enhance the efficacy of vaccines through the use of drugs that stimulate the pathway to help the T cells activate the immune system to produce antibodies in reaction to a vaccine.

Chi, together with colleagues, was able to identify a metabolic control pathway that is selectively regulating the development of the T follicular helper cells in the adaptive immune system.

This report specified that the adaptive immune system is so named because when the body gets infected by bacteria or viruses, it then learns to target and attack such infections.

While humoral immunity is attacking invaders that circulate outside cells largely through the generation of antibodies, cellular immunity, the other adaptive immunity system component, is targeting invaders inside infected cells.

In their research, "Metabolic control of TFH cells and humoral immunity by phosphatidylethanolamine," published in Nature, the authors sought to find out if a metabolic control pathway existed that modified the T follicular cells to activate them.

When such cells are stimulated, they help antibody-generating cells, known as B cells, mature and generate infection-fighting antibodies.

To discover a potential control pathway, Chi and his team used genetic approaches to delete in the T cells multiple enzymes identified to be elements of such metabolic control pathways.

Then, the researchers introduced the deletion-engineered T cells into mice followed by infection with a virus. More so, they tested if the T cells, which, according to News-Medical.Net, are part of the immune system focusing on specific foreign particles that lacked the enzyme, were functional.

Such a finding, said Chi, was a big surprise. First of all, the lead author added, this specific pathway was considered to have a housekeeping task, resulting in the generation of building blocks for the cell membrane.

The team discovered, though, it has a major signaling function. And secondly, the researchers said they were surprised that such a pathway, not other parallel pathways of this type, was the only one involved in the regulation of T follicular helper cells.

As a complementary approach to know if the pathway selectively regulated these key immune cells, the study authors deleted each of the key enzymes they found in the CDP-ethanolamine pathway.

More so, they found that deleting the said enzymes, although not the ones of other parallel regulatory pathways, selectively damaged the development of the T follicular helper cells, but not general immune function.

Essentially, Chi explained, those key enzymes could be targets for drugs that either improve or impede the pathway and thus the activity of the T cells.

The lead author explained they are currently exploring whether they can enhance the vaccines' efficacy through the use of drugs that stimulate the pathway to help the T cells activate the immune system to produce antibodies in reaction to a vaccine.

On the other hand, to treat autoimmune disses, Chi said they are interested in developing new approaches to inhibit such a pathway.

This method is promising, the lead author continued, as they know that such stimulation or inhibition is highly selective for T follicular helper cells and would not impact other immune functions.

The study authors are delving into the structural mechanisms too, by which the enzymes function, understandings that could offer such drug targets, elaborated Chi.