A recent study finds that ancient humans that inhabited cold regions have adapted to a larger body scale. The findings from the said research are strong evidence of the correlation between human body size and climate since prehistoric times. 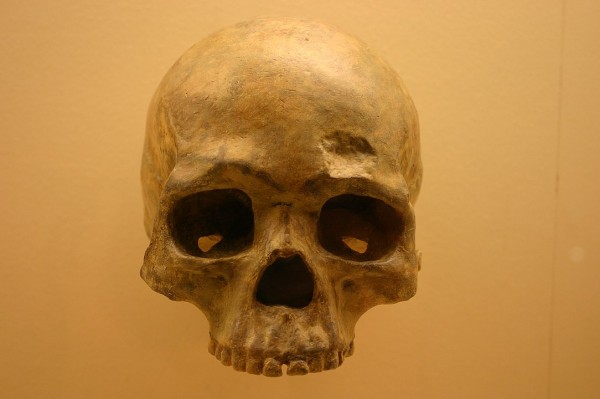 Evolutionary biological studies support the fact that animals located in colder places tend to have larger bodies for keeping their temperature on a better regulation process. Some examples of these animals are polar bears and blue whales that can be found in large regions of our planet. In the recent study published in the journal Nature Communications entitled "Different environmental variables predict body and brain size evolution in Homo," it is stated that the correlation between colder temperatures and large body size applies to humans as well.

Ancient humans get bigger as they evolved. Their body size becomes much larger to up to 50 percent, with their brain size expanded three times the initial size during millions of years of evolution, said the University of Cambridge evolutionary ecologist Andrea Manica. With that said, there were many theories that surfaced regarding the change in the size of the body and brain of early humans.

The theory of local climate-driven body growth is one of the famous theories about the large body size of human ancestors. Paleontology experts from Germany and the United Kingdom, together with Manica, have teamed up to collect data and find proof of this theory.

Manica and her paleontology team gathered and tested 300 prehistoric human fossils from different continents, including Asia, Africa, and Europe. The examination includes the system used to predict the planet's changing climate. Through the use of basic climate data, the experts have estimated the temperature and even the precipitation that has occurred millions of years ago. The location of the human ancestors will then be charted by reconstructing the prehistoric climate.

The findings show that colder places served as the territories for the ancient humans and Neanderthals that have bigger body sizes. The results support the earlier study published in the journal PLOS ONE entitled "A Reassessment of Bergmann's Rule in Modern Humans" that suggests the same theory but with a lack of evidence.

Simon Fraser University's human evolution expert and author of the separate initial research Mark Collard said that the recent findings are reasonably convincing. However, he explained that the connection of the coldness with the body size of human ancestors might have uncertainties because of the inconsistent details of the prehistoric climate and fossil records, reports WBUR.

On the other hand, Manica and her team emphasized that the rapid gain of the ancient human brain size is no heavily backed up by the prehistoric climate data. Other factors could be at work to change the brain size of early humans, such as social activities and diet, which Collard agrees with.