Islamic burial grounds with a puzzling pattern were recently discovered by archeology experts in the eastern region of Sudan. The burial grounds, which date back to the medieval period, have 'parent' tombs and subclusters that make up a pattern to what appears to be a galaxy-like design. 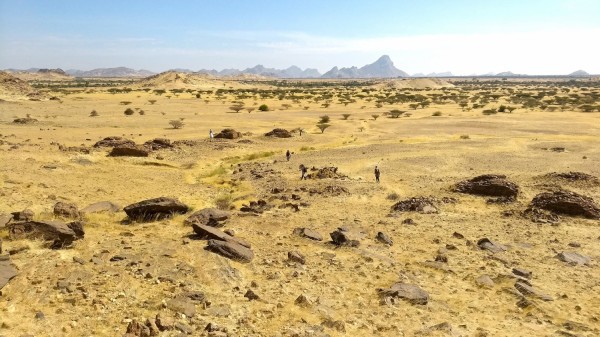 The experts have located more than 10,000 medieval tombs in Kassala, Sudan. The monuments were identified through satellite imaging, and it was found that odd ancient materials have been used for the tombs. Several tombs in the burial ground contain tumuli, also known as barrows, a structure of soil that forms a mound. The tumuli structure are used widespread since African prehistory.

The Islamic shrines, also known as 'qubbas,' were very challenging to examine, said University of Naples L'Orientale archaeology expert and principal author of the study Stefano Costanzo. Due to the lack of clues around the burial grounds, the researchers only had a minimal process to conduct the study. But fortunately, the findings paid back with enough archaeological data to interpret the historical details of the puzzling tomb patterns, reports Live Science.

According to Costanzo, the tombs at eastern Sudan seems to be just a normal cluster of ancient shrines that had been sitting for a very long time. However, detailed analysis revealed that the design of the burial grounds has a meaning behind it. Costanzo, along with colleagues, had to go through several statistical modeling methods that will give the overall pattern of the tombs.

The Neyman-Scott technique was selected to be used for the clustering process. The method was initially used for spatial studies and gathering data for the patterns of stars and galaxies. The Neyman-Scott cluster process was never used in archaeological research until the discovery of the Islamic tombs.

Eastern Sudan's burial grounds have been hiding secret subclusters that are intentionally plotted on the surrounding area of a mysterious 'parent' tomb. According to the study published in the journal PLOS ONE entitled "Creating the funerary landscape of Eastern Sudan," the parent tombs were the basis of additional shrines on the area and an attraction of burials in medieval times.

The odd pattern of the burials also implies that the location served as both a sacred landscape and a social hotspot for the ancient people of eastern Sudan. However, due to the conditioning of the environment, several of the tombs were displaced from their original area.

Beja people were the ancient occupants of most of the Kassala region. Many of these ethnic people still thrive through a seminomadic lifestyle up to this date. With that said, most of the tomb clusters that are found in the eastern regions of Sudan belong to Beja families and tribes. However, the parent tombs are still in question. Further research will be conducted to determine what was the key function of the parent tombs, who were buried in them, and why it is distinct from the clusters, reports PhysOrg.