A new research presented in the Goldschmidt Geochemistry Conference suggests that ancient Earth was being hit subsequently by massive objects that span thousands of kilometers. These materials could be the reason behind the planet's surface reformation and ocean evaporation. 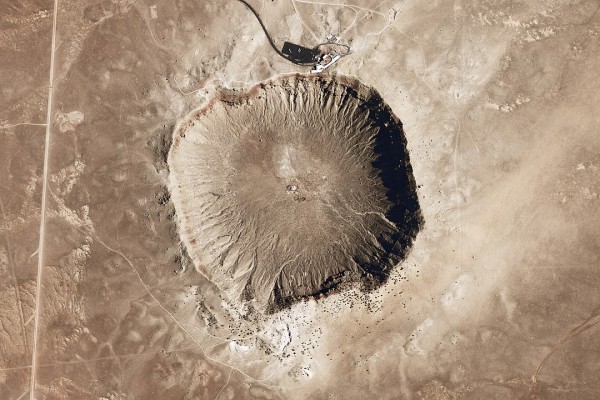 Geoscience experts theorize that colossal space rocks chronically hit early Earth every 15 million years. The impacts are from some asteroids that are believed to be much bigger than the space rock that caused the extinction of dinosaurs 66 million years ago. The interval of the collisions differs from 2.5 and 3.5 billion years ago and comes in various sizes that scale to a town or even a province.

Based on the study presented at the Goldschmidt Geochemistry Conference entitled "Earth's wild years," the rate of the collisions could be 10 times higher than the initial estimate. The research also suggests that the violent impacts of space rocks were contributors to the chemistry in our planet's surface. The space rocks are also theorized to scale a minimum of 10 kilometers in diameter. The collective evidence could support the key theory of the research, that these destructive space rocks may have a part in the creation of life.

The Chicxulub impact was also identified to match one of the massive space rocks that hit Earth. Although both are equivalently devastating to the planet, the ancient space rock has a significantly different effect from the one that wiped out the dinosaurs due to the Earth's early composition.

The rock's impacts can also be proven by the craters present on the surface of our moon, along with other planets with rocky compositions. Unfortunately, some of the evidence on Earth is challenging to find due to the effects of tectonic movements and atmospheric weathering, SciTech Daily reports.

Spherules, or circular figures embedded in the ancient rocks, might help distinguish the details of the impact experienced by the early Earth. These spherules, which contain glass molten material fragments, serve as an echo of the huge collisions. The fragments produced vaporized particles that can indicate the size of the impact. Basically, a thick spherule layer distributed globally implies that numerous huge and violent collisions took place on our planet.

Southwest Research Institute SwRI geosciences expert and presenter of the research Simone Marchi said their team had developed an impact flux model that works with the early Earth's spherule layer data. The study revealed that the ancient impacts known were higher than the initial count. In conclusion, between 2.5 and 3.5 billion years ago, our planet has been probably hit several times by Chicxulub-sized bombardments for 15 million years periodically.

Marchi emphasized that the study of the early collisions is often overlooked when studying the young version of our planet. The impacts seem like the elephant in the room; the evidence is often neglected due to a lack of data. But now, the impacts are shown to be a fundamental process on early Earth, which may be crucial to the planet's atmospheric and geological evolution, Newsweek reports.